We break down a set of 2004 MINI front seats so you don’t have to. Besides wearing out the covers, the five most common failures, in no particular order are: Seat heaters stop working; tilt-slide doesn’t slide; seat height adjustment spring (gas pressurized spring 52107069970) fails; seat-back adjustment spring fails; and the seat cushion spring (52107129253) or seat back spring (52107053175) fails. The seat we deconstructed had four of five of these failures and we’ll show you what it looks like so you can decide if you want to take on the repair.

A broken seat-back adjustment spring requires a new frame so you’re better off just replacing the seat. The tilt-slide mechanism is built into the seat rail and not available as a separate part. Both of those failures are annoying, but do not affect the safety of the seat. The height adjustment is also just annoying, but it’s an easy repair. Seat cushion springs are an easy repair; seat back springs are a little harder. Seat heaters are also not available as individual parts. They require purchase of the entire cushion and cover.  In 2002-2004 cars the heaters were glued to the cover.  In 2005-2006 cars it is a separate mat and can be salvaged from another seat. The good news is that the connectors are the same.

First a word of caution: MINI seats have side bolster airbags. Any time you are working an airbag you want to take precautions so you don’t set it off.

The remaining photos show the bare frame and extra detail that may help you better understand the construction of the seat. 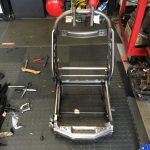 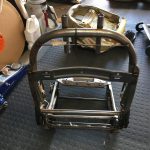 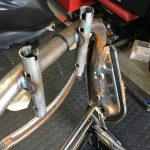 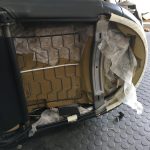 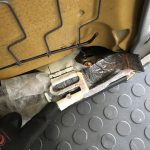 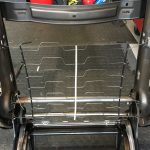 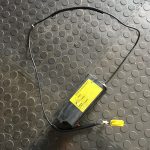 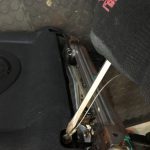 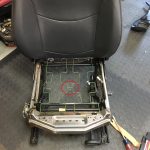 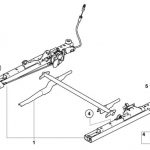 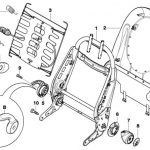 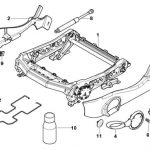