The black A-Pillar trim on the first Generation MINI is one of the car’s signature design elements. It’s also very fragile and can be challenging to repair if you don’t know how they are attached. So whether you need to remove them to replace the windshield or you want to repair the broken ones you already have, here’s what you need to know before you break another set.

The piece is attached by four screws under the weather seal; four clips on the front side with a molded foam piece in the middle. To replace the trim, start by removing the weather seal to get to the four screws in the door jam. Start by pulling the seal loose on the far side, above the door latch, across the top and finally along the A-pillar trim. Using a wide pry tool, start at the bottom of the A-pillar trim and gently pry up on the windshield side. Pry in four locations and don’t try to free the piece in one go.  Remove the molded foam piece for reuse.

Once free, transfer the clips to your new trim piece.  Clean the A-pillar while exposed before installing the new trim. Remove the used adhesive and replace with new 3M adhesive tape. Replace the molded foam piece. Line up the clips and press them in place from the bottom to the top. Reinstall the four screws and replace the window seal, by starting at the A-pillar and working back to the door latch. 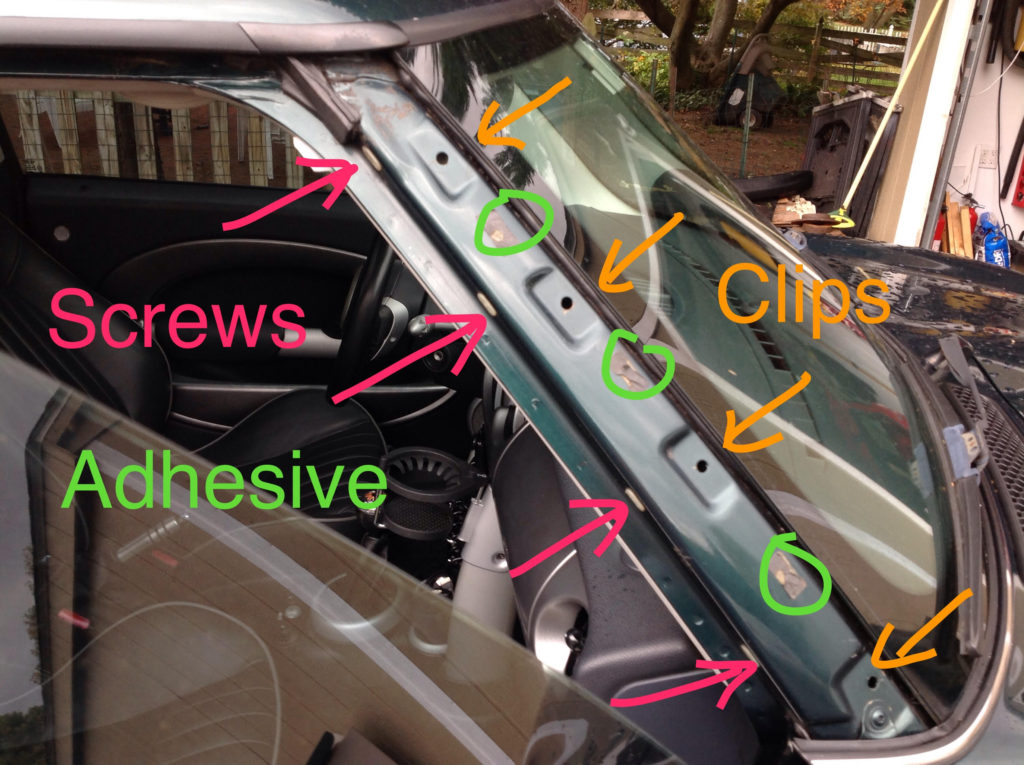 When we pulled the trim on the Green 2004 model above, there was nothing between the A-pillar and the trim, but when we pulled the trim in a 2006 model, there was a piece of molded foam between the two.  I suspect it was missing from the 2004 car, but the trim fit OK without it. It was probably left off when the windshield was replaced as it’s listed in the parts catalog for that model year as well.  (See part #51337119717.) 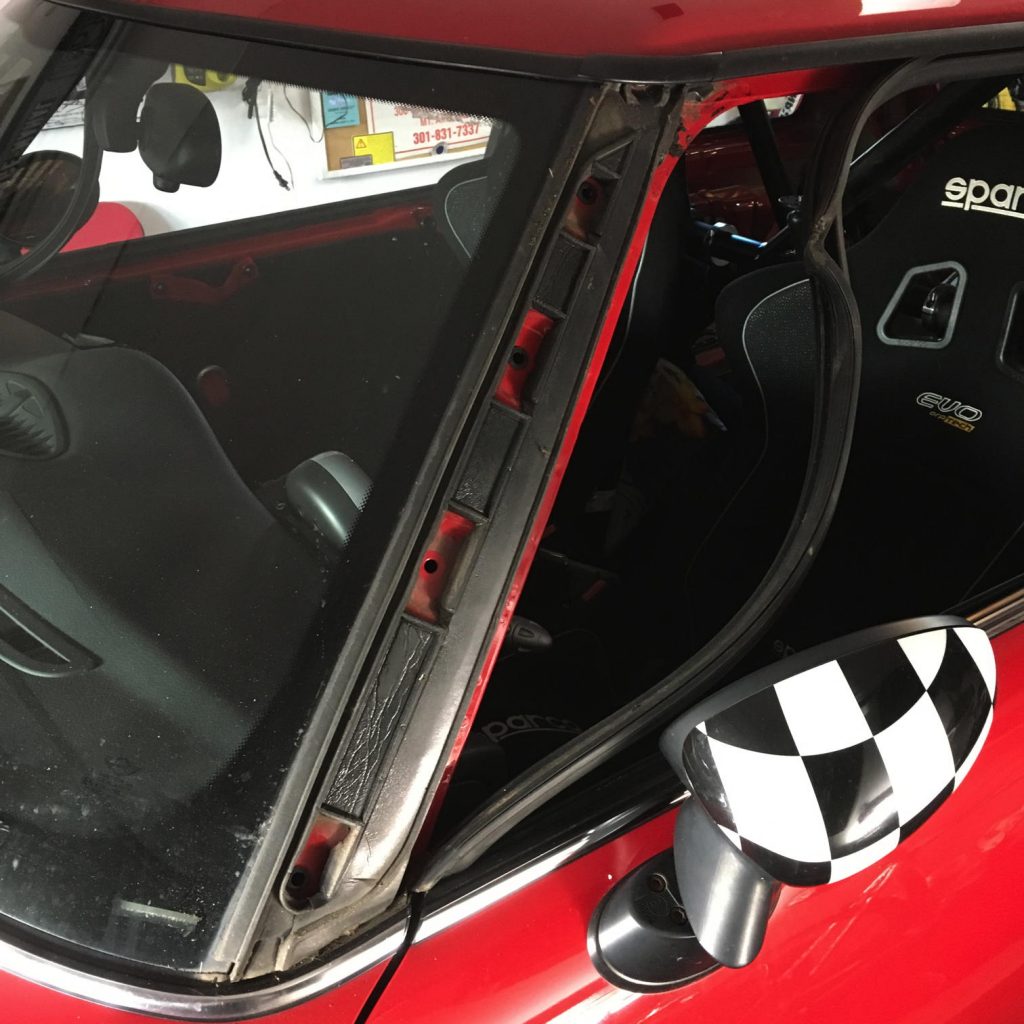