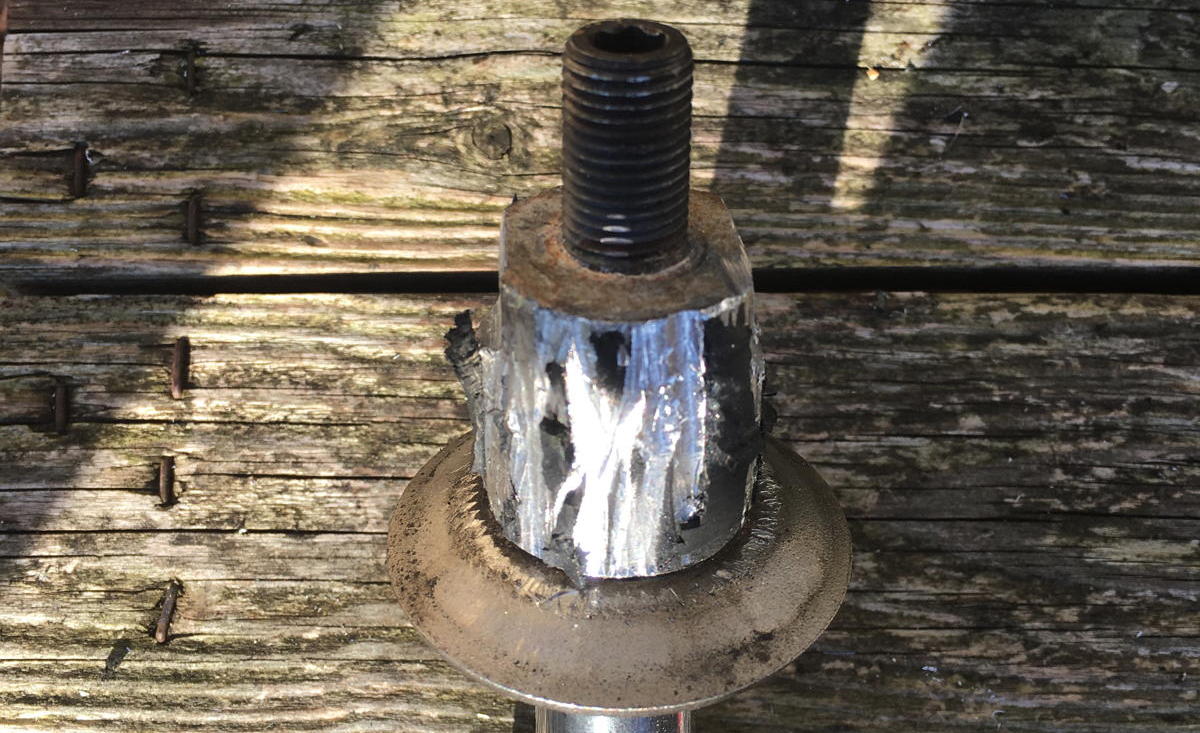 There are few things in life that can’t be fixed with either duct tape, zip-ties, or WD-40. Add angle grinder to that list. I had to replace a strut bearing on the Porsche. Unlike the MINI where the bearing is in the mount, on the 996 the bearing sits between the mount and the top of the spring. It’s not a hard part to remove and replace. Break the nut on top of the strut shaft loose (but do not remove) before you put the car on jack-stands. Remove the wheel. Disconnect the brake caliper and the connections that hold the brake line and ABS sensor wires to the strut. Disconnect the drop-link to the swaybar (which is the pinch-bolt in the hub carrier.) Remove the three nuts holding the mount and you should be able to rotate the strut through the fender and pull it out of the hub. (If you don’t get enough room, try loosening but not removing the bolt for the lower control arm to get more play.) With the strut free, use spring compressors to remove pressure on the mount, remove the top nut, and everything pulls apart. Or so that’s how it’s supposed to work. 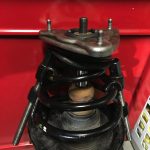 I couldn’t get it to move.  I tried twisting it, heating it, using penetrating oil, releasing the spring, and pounding on it. Nothing made it move.  I let it soak in PB Blaster overnight and still noting. If I had a hydraulic press, I would have tried putting in it the press and compressing the strut which would have used the spring to try to press it off, but since I don’t have one, I tried my next option: power drill. 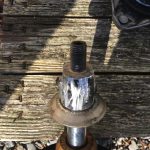 I drilled around the rubber bushing in the mount and eventually got the strut free of the mount. Next I needed a way to get under it.  I thought it might still spin off or at least move enough to get something under it to 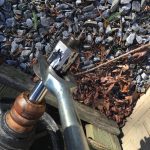 pry, so I got out the old reliable angle grinder and cut down two sides.  I could then get a wrench on it and finally got it to move enough that I could get a ball-joint fork under it.

With the fork under it, I could apply upward pressure with the fork as I spun it with the wrench and it eventually came free. In the end it was just 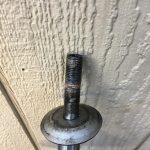 corrosion that held it on. I was worried the threads may have been damaged, but they cleaned up fairly easily.  Now I just have 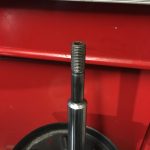 to put everything back together (and do the other side.)