It’s been a while since I’ve posted. I’ve done a couple of CDC events and a CCA event (7 of 24 in X Class) as well a lot of work on the Garage-mahal. Summer is officially over and today was the next to last autocross of the season. This time it was at Baysox Stadium in Bowie, Maryland. The course was unusual in that it featured a figure-eight at the start and a decreasing radius loop at the finish. Many people were off course on multiple runs. My time was 49.81 seconds which should put me in the top third again. Many photos posted over on flickr.

Catching up on the last few weeks — I posted a bunch of photos from the CDC event on September 1, 2007. 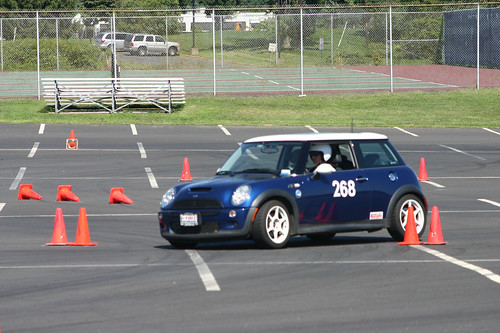 This event was down in Manassas, Virginia. I was the quickest of the four MINIs that turned out and I think I finished in the top third overall. Not bad considering this was the course design: 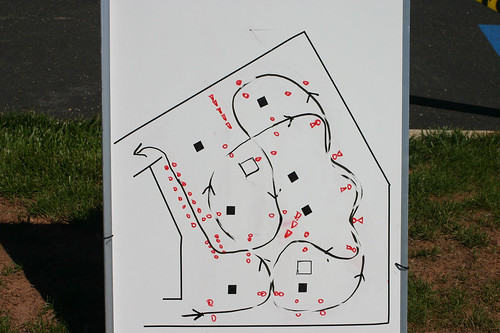 And finally an update to the garage-mahal: I had to reinforce the floor so after I cross-braced everything and put down an extra layer of plywood, I finished it off with some tile and edging. I trimmed down the rubber mat and it’s starting to look like a real garage. You can see where I still need to work on the ceiling, but it’s more or less finished now and should retain heat in the winter. 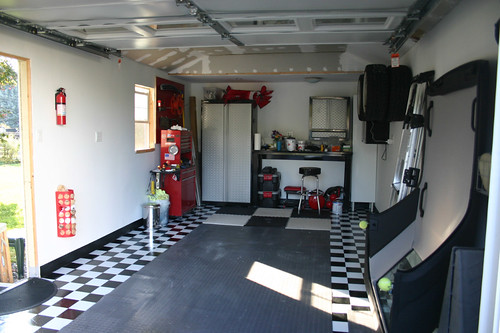