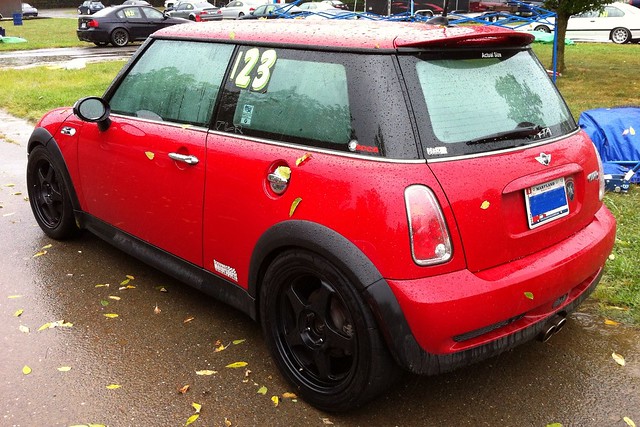 I can tell you exactly when summer ended this year. It was at 3:23 PM on September 8th when this photo was taken. Friday at the track was hot and humid. Saturday was miserable, wet, and wonderful. And Sunday was a gorgeous autumn day.

There were some really cool cars at this event, including this beautiful blue Ferrari 458 Italia seen below. It was good to see that the owner of this car a.) drove it to the event; b.) drove it at the event; and c.) drove it home. The previous owner drove this car only 750 miles in two years of ownership. The current owner drove more than 3,000 miles just bringing it home after purchasing it. I never really appreciated the styling of the 458 until we got out on the track. Even at 100 MPH, we were able to have a conversation with the windows down. That says something for aero efficiency. (You listening MINI?) 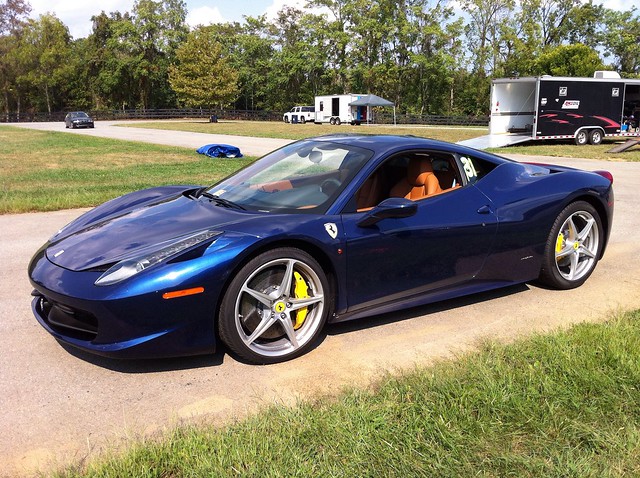 The inside even smells good. It smells like that brand-new baseball glove you got when you were a kid. The one you put a ball in and slept with it under your pillow to break it in. (OK maybe not everyone has that memory….) I took some video from my helmet cam as we lapped the course. I was fascinated by the speed of the gear changes and the great display graphics that emulate analog gauges. Unfortunately, you can’t see the gauges very well in the video. 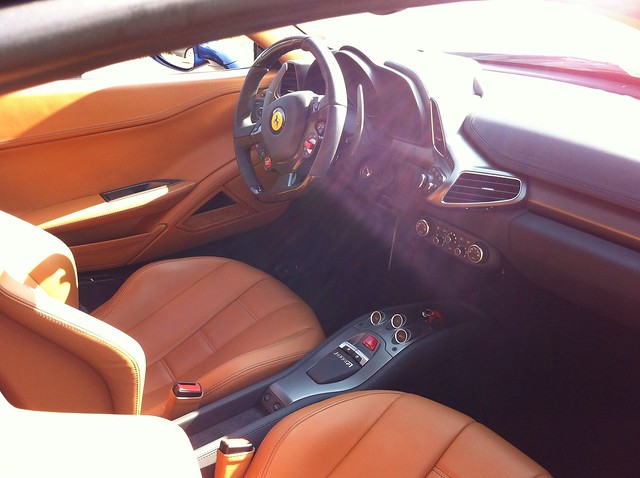 If you look just about 6 inches to the left of the “458 Italia” logo there’s a depression in the leather. It is sort of forehead shaped. That got me wondering about the survival rate of previous passengers. This car accelerates so quickly, just holding my head off of the headrest gave my core a workout. 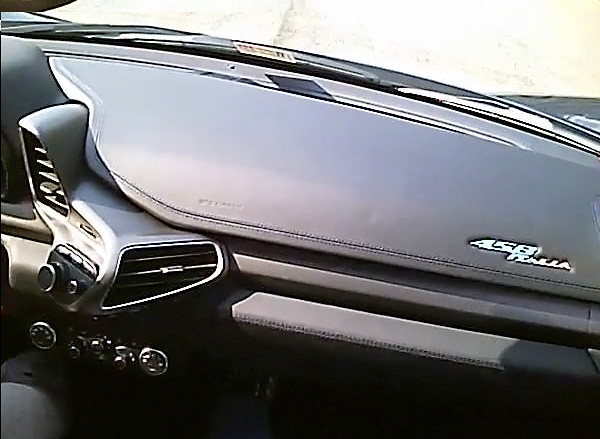 The GeorgeCo MINI powered by Beano was of course in action as well. In this photo, it’s powering through turn 7. The suspension work paid off and the car was very well balanced, level, and had tons of grip, even in the rain. 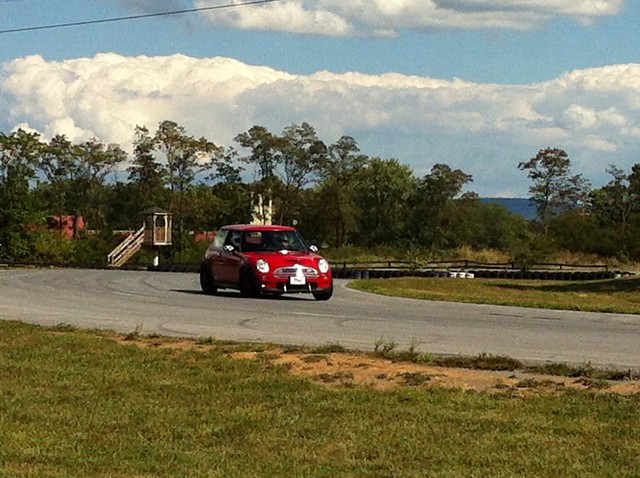 The telemetry system is still a work on progress. The GPS is not very accurate with the iPhone in its current position so the track map is all over the place. (It looks like I’m taking a grand tour of Delaware.) The corner and straight speed indicators seem to be off too when you compare them to the large central speedo. G meter, throttle position, and RPM seem to be working, but the gear indicator doesn’t seem to go above 3rd. So there’s some work to be done, but the technology is cool. Fast forward to the session time of about 11:50 and again at 13:17 and you’ll see why we spend so much time on the skid pad in this program.

In case you had $229 to $295K sitting around and were wondering what you would get for your money. The answer is at least 3 seconds a lap. That’s the difference in two laps chosen at random from my video of this past weekend. Both were on Friday as we refamiliarized ourselves with the track. The only difference is that in my case, I’m pushing the MINI about as hard as I’m willing to go. There’s a little bit left, but not much. The Ferrari is going maybe 6/10ths on the straights. Alternately, you could take $13-$27K, buy yourself a low mileage 2006 MINI Cooper S, and buy a house with the rest. Just saying.

If you can start the two videos at the same time, they both start at the same point on the track. You want to have the sound playing on the Ferrari video however. (I’m working on editing them into one feed that shows both side-by-side but haven’t figured that out yet.)