If you’ve been around R53 MINIs long enough, you’re probably aware of the “yo-yo” issue in early models. The supercharged MINI engine in first gen models has a valve that allows intake air under partial throttle (vacuum vs boost) conditions to bypass the supercharger as a way to increase fuel efficiency. This bypass valve sits under the left side intercooler horn, right behind the throttle body.  It has a butterfly valve that is opened by vacuum and closes with a return spring under boost.  On early model cars the spring was too weak (and on older cars it can wear-out or break) and under the right conditions (moderate throttle at about 3,000 RPM) it would open prematurely resulting in a loss of boost pressure causing the car to stumble. The drive would give too much throttle input and the boost would return, lift again and so on (thus “yo-yo”). For the most part, MINI fixed this problem through software and hardware changes by 2005, but even some late model cars suffer from this condition, which is why the Detroittuned Bypass Valve remains a popular fix.  We’ve seen it work miracles on several cars affected with the yo-yo, but wondered if it offers any performance gains for an otherwise normal (modified) car. If you are familiar with removing the intercooler and intake tubes, this project should take less than 30 minutes. If not, plan accordingly. 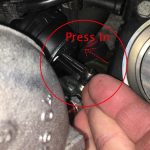 Before you begin, check the condition of your current BPV.  In the photo, we’ve removed the intake tube to get a better picture, but you can check the spring action without removing anything. Press the plunger and you should feel resistance. If there’s little to no resistance, then the spring may be broken or worn out.  The stock spring only offers a few pounds of resistance, so it isn’t much. If there’s a lot of resistance, then someone has already made the switch. Our car had moderate resistance. Not low enough to think it was broken, but enough to tell the difference between the stock spring rate and the DT BPV spring rate, so we decided to proceed with the swap.  Performance review will come later. (If you have actual first-hand experience with this mod, please post in the comments.)

Installation is pretty straight forward with the DT instructions. The only confusing part in the instructions is that the order of the photos seems to indicate that you need to remove the complete Supercharger Intake Tube. You do not. They just show it in case you break it. Take your time, and be careful, and you shouldn’t have a problem. Also, pick up a second #28 Hose clamp. If you remove the short hose completely after step 5 of the instructions, it’s much easier to reinstall the new BPV.  Just attach the short hose to the new BPV first, then you just have to push the hose down on the fitting to secure it. 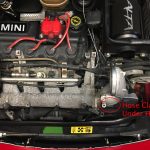 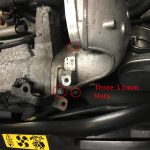 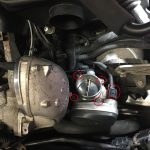 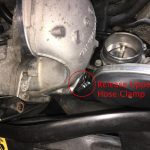 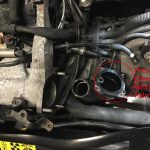 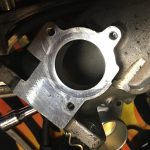 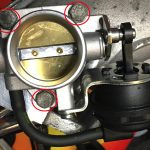 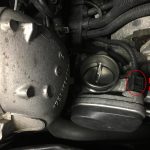