I recently spent some time contemplating the Electric MINI concept car at the LA auto show. In many ways it was very old-school: The future was supposed to look different than it’s turned out.  This reminds me of those concepts from the 60’s where you didn’t really believe that’s what the future would hold, but you understood some of the styling cues and how current models might evolve. There are a couple of interesting nuggets to behold. 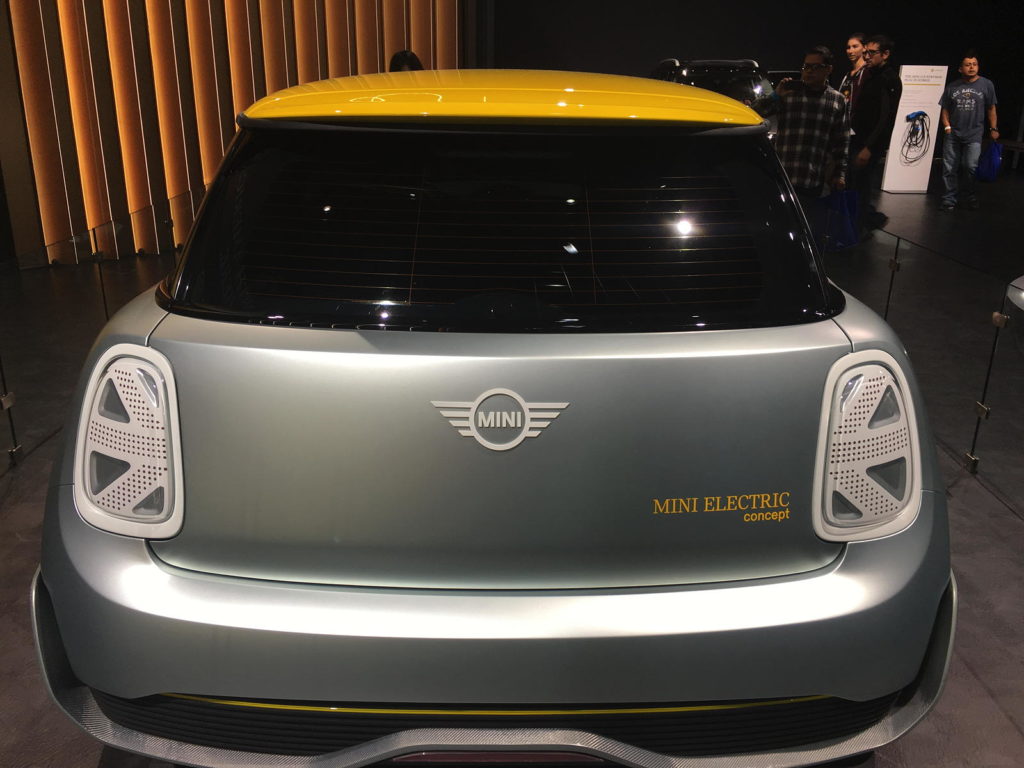 Starting at the rear, you’ll notice a variation of the Union Jack tail lights seen on the JCW GP concept car, but done in white. But more importantly, there’s the new MINI logo in the center.  Continuing the trend of recent models, it’s still huge, and now more unappealing.  MINI quietly rolled out this logo over the past year, first on the website and now actually going on cars.  This version is done in relief, but the actual production logo is “a visual expression known as ‘flat design'”. (You can read more about it here). 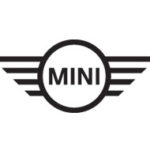 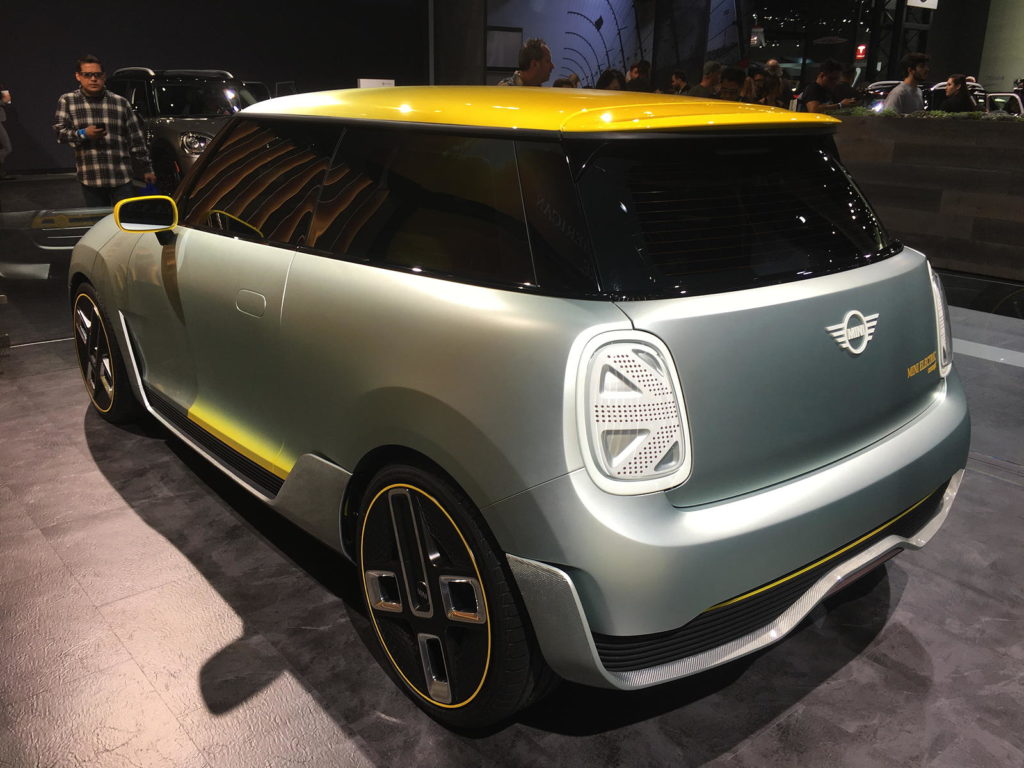 The sculpting of the rear is interesting.  Your eye always looks for the exhaust outlet so if the lower trim were flat it wouldn’t look right.  It’s hard to tell if they intend the wing to function as a diffuser or not.  If there isn’t much more of an upper spoiler or wing than what’s seen here, it would be hard to get a diffuser to work anyway given the turbulence with such a small roof spoiler. 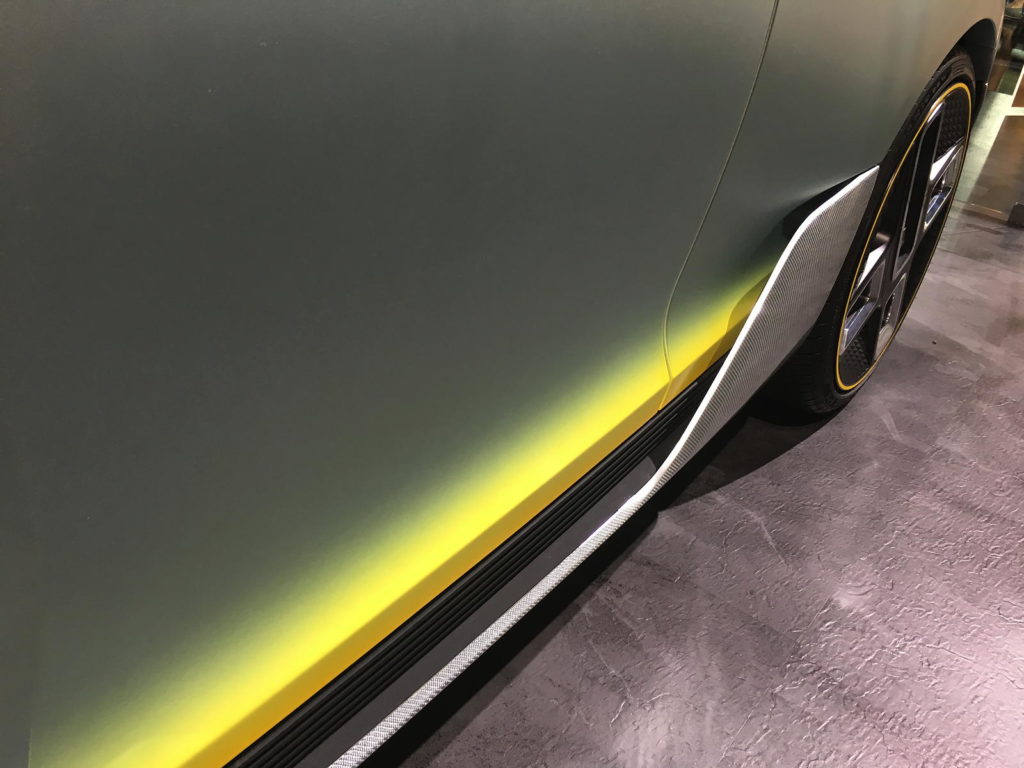 The side splitters could be interesting if they feed an air duct to the rear brake calipers.  Not clear if that’s the intent here.  If the duct does not feed anywhere, it would just create an air bubble ahead of the turbulence of the rear wheel.  It might help reduce some of the drag, but if it doesn’t draw air through the wheel, it would actually reduce cooling to the rear brakes as well as catch debris. 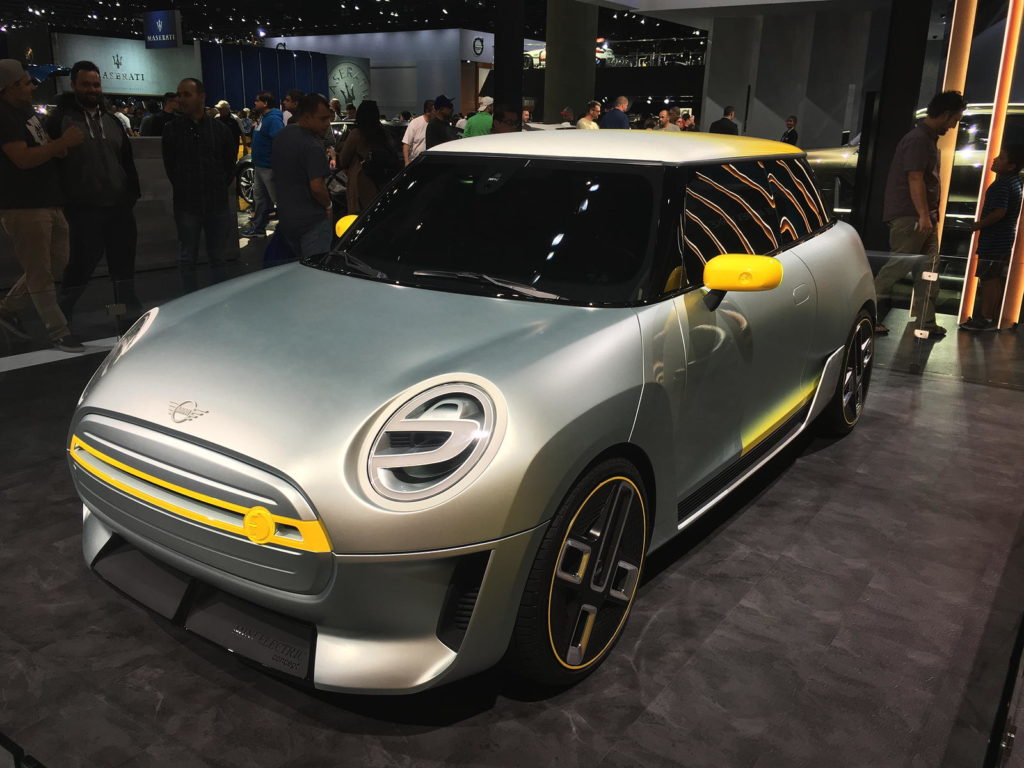 The first thing I noticed from this angle was the sculpting of the fenders.  Reminds me of Subarus from the last decade — not a fan.  The headlight design over powers the rest of the design.

The front splitter reminds me of Toyota concept cars of recent years as well. The angle is too steep to be effective as a splitter so it just creates drag.  The opening at the end is too far off center to be effective at channeling air to the brakes so perhaps they’re to be fed from the center.  The headlight design works a little better from this angle, but the inner sculpting is too wide.  It reminds me of a Pac-Man face-off. 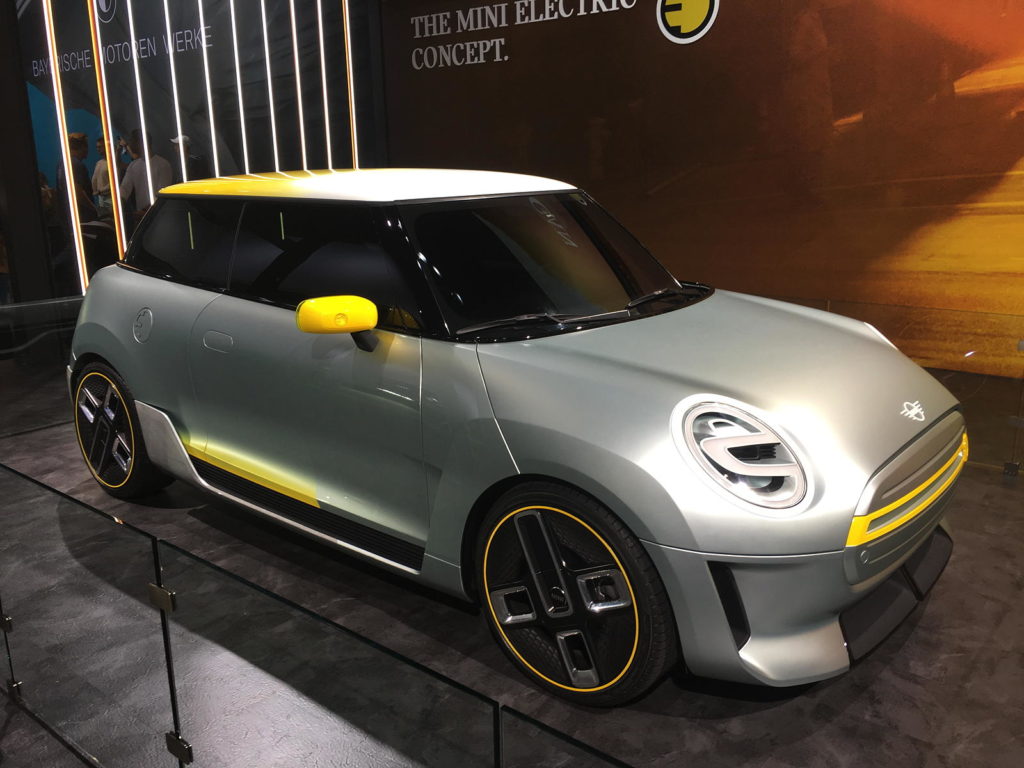 So what did I like about the car? That paint is gorgeous. It would be impossible to keep clean and not show fingerprints, but it looks great. I like that it’s a small car and not a Countryman or Clubman. Maybe the future for a small MINI will be reborn as electric.