Saturday brought the last motoring event of the year for GeorgeCo. It was a very nice late Autumn day of sliding and sloshing on the skidpad at Summit Point with the other instructors from the local BMW club. GeorgeCo got a chance to test out the Red MINI’s new suspension and even got to drive a friend’s 911. 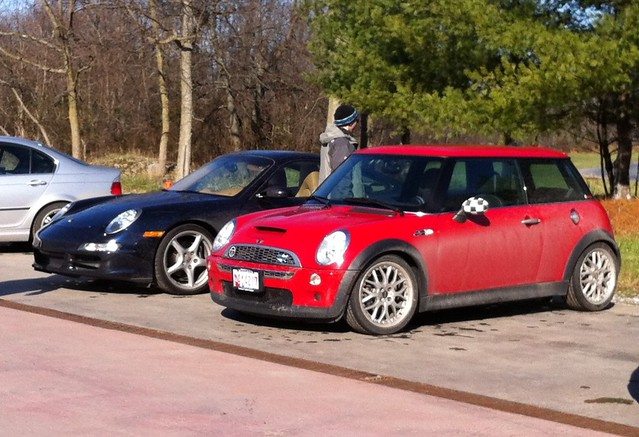 I’ve instructed in a Porsche a couple of times and really enjoyed the opportunity to drive it on the skidpad. I’d like to say I instantly mastered oversteer, but that would be not true. It’s a very different experience to feel the car rotating around you at a point somewhere in the middle of the rear seats. Most of my MINI tricks didn’t work (ie more power in oversteer) and the balance just feels wrong. It wasn’t until later in the session that I finally figured out to ease up on the wheel, let the wheels straighten and keep steady power and it sorts itself out. You can’t lift suddenly and more power just speeds up the spin, but steady power seems to do the trick. That was fun. 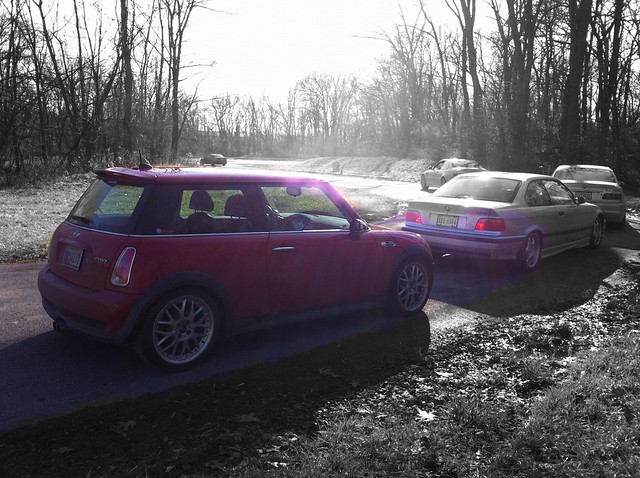 The new suspension on Red MINI proved to be a good choice. The middle setting on the Alta rear swaybar took out most of the understeer, but didn’t make the car tail happy so as to induce oversteer on sudden throttle lift. It’s very neutral with a slight bias to understeer which is the way I like it. We set up some cones and got a chance to practice a little scandinavian flick action. The IE fixed camber plates provide a much less harsh ride than the adjustable plates in the Blue MINI. I think I’m going to like this set-up. 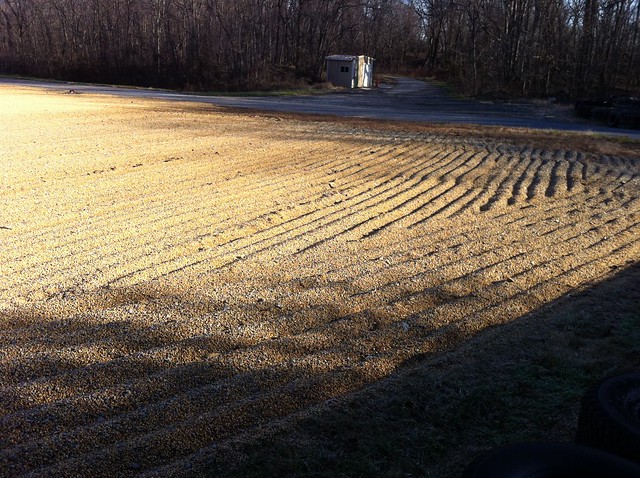 The track was quiet all day. I don’t think I’ve been here before when there wasn’t some sort of event going on. The run-off area in turn one had a certain zen garden quality to it. Be the curve.

This past weekend was the Spring Driver’s School for the local BMW club. Friday and Saturday were warm and sunny. Sunday was mostly cloudy with light rain. It was a good lesson in car control, but not as much fun as pushing it in the dry. The best thing about the rain is that it equalizes the horsepower advantage of the M-cars. The video shows a lap of the skid pad at large-angle oversteer. This club really emphasizes car control on the skidpad. Being able to maintain a full lap in oversteer is one of my last obstacles to finally making it out of the instructor program.