If you’re trying to run a square set-up on your E46 M3 and want to use 275 mm wide tires, you are going to want to roll the rear fenders. The stock fender has a huge lip that’s about 10mm wide. Using this simple tool from Eastwood, you can safely roll the fender and gain back 5-7mm of that. The process is fairly straight-forward if you work one section at a time and keep the paint hot to avoid cracking.

Safely place the car on jack stands and remove the wheel. Bolt the tool to the hub and adjust it so the rolling wheel sits flat against the inside lip. Use the red lever to increase the pressure and slowly work the wheel back and forth on the fender lip, 6-8 inches at a time. Reheat the paint each time you pause to increase the pressure. I split the lip in thirds and worked each area before increasing the pressure. It took about 20 minutes to get the amount of clearance I needed.

Have you ever been tempted by a set of leather sport seats you find at the pick-yard? We decided to find out if it was possible to refinish them well enough to that you’d want to put them into your daily driver. Once you find a potential set of seats, be sure to check the foam for dampness and mold. If you have anything more extensive than surface mold, then you probably want to look elsewhere.

We found a set of leather sport seats from a 2008 335i. The surface leather was dirty and a bit moldy, but nothing too bad to consider. Most of the damage to the seats came once the car was junked and parts started to pile up in the interior. You also want to check the seat electronics to make sure everything works before spending a lot of time refinishing the leather.

To refresh the leather you’ll need the following: Colourlock Refresh Kit; a stiff brush; some clean towels; and a leather sanding pad.

Start by inspecting the seats to find the areas that need the most attention.  In our case it was the driver’s side bolsters. The center of the driver’s seat was damaged by a spill. Other than smoothing the area by sanding, there isn’t much we can do without some liquid leather.

Clean the seats thoroughly and wipe dry. Carefully sand any heavily damaged areas, taking care to avoid stitching. Apply the leather fresh by dabbing with the included sponge. Work one small area at a time. Use a heat gun or hair dryer to set the dye. Let dry over-night and apply the UV protectant.

I’m slowly getting ready for winter — not like I really have a say whether it comes or not. Winter wheels are out of the basement and on the car. The hose-mobile is in their place. The faucets are covered. So it’s time to figure out how to keep the cars clean(ish?) without running water. On the back of my recent success with a low-cost power wash foam cannon, I thought I’d try my hand with rinse less car wash. The best wash on the market is the Ammo Frothe.

There’s really nothing else like Frothe on the market. It’s $35 a 16 oz bottle, but since it’s concentrated and used diluted 1:20 with water, that works out to only about a dollar a wash. You spray it on and wipe it off. You’ll need to use many microfiber towels in the process. Working one panel at a time, spray it on, then using a folded towel, scoop off the foam. Fold to a clean side of the towel and remove any remaking Frothe. Anything left in the panel gaps will evaporate away. Frothe provides lubrication so as long as you’re working a clean area of the towel, you won’t scratch your paint. 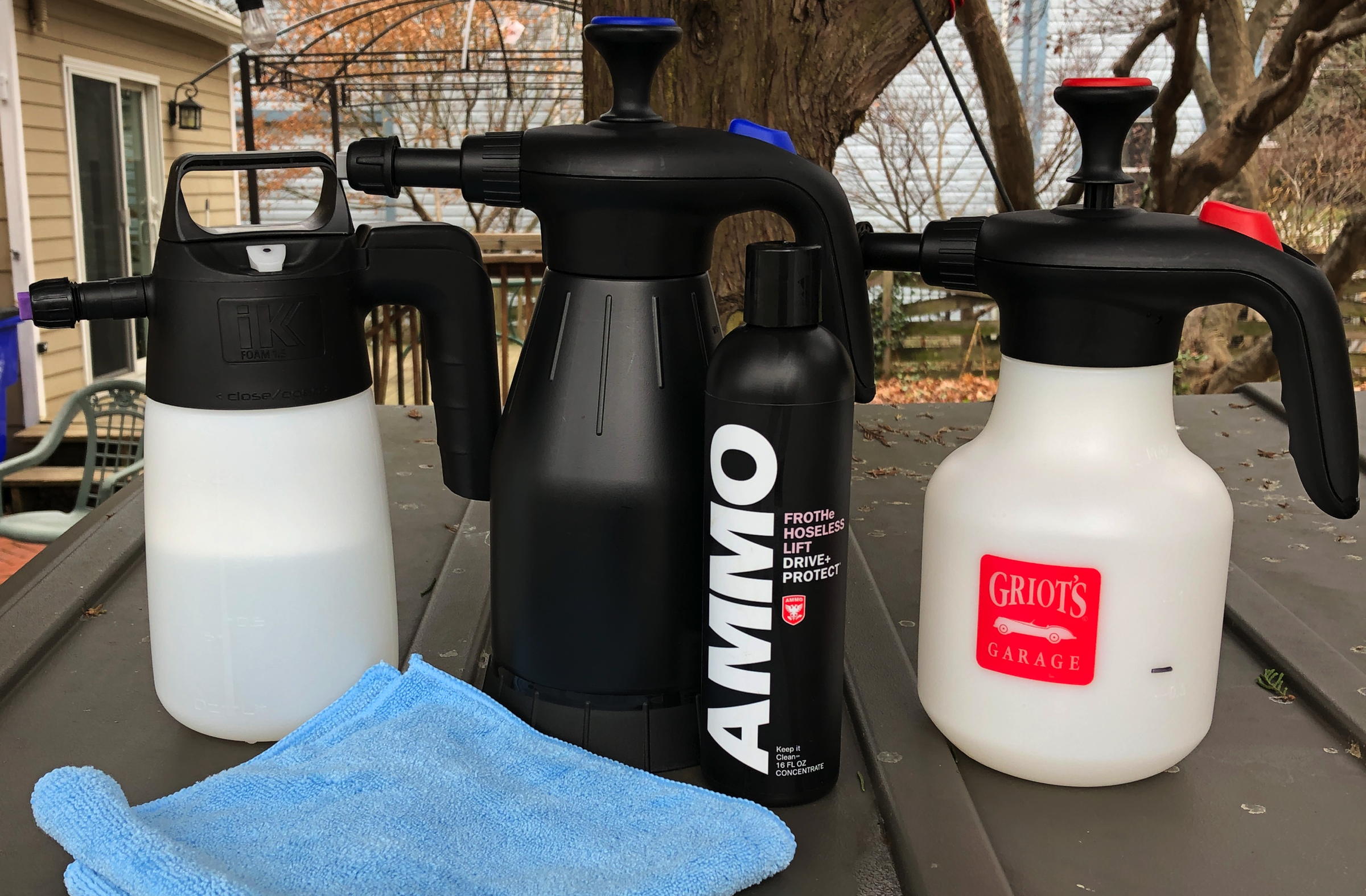 The Ammo aerator is made in Italy for Foam-iT.  Ammonyc currently is the sole automotive reseller in the US, but that may change in early 2019. If you take a look at the internals of the Griot’s and Ammo sprayers, they look like they’re from the same manufacturer.  Just the bottles and color accents are different. 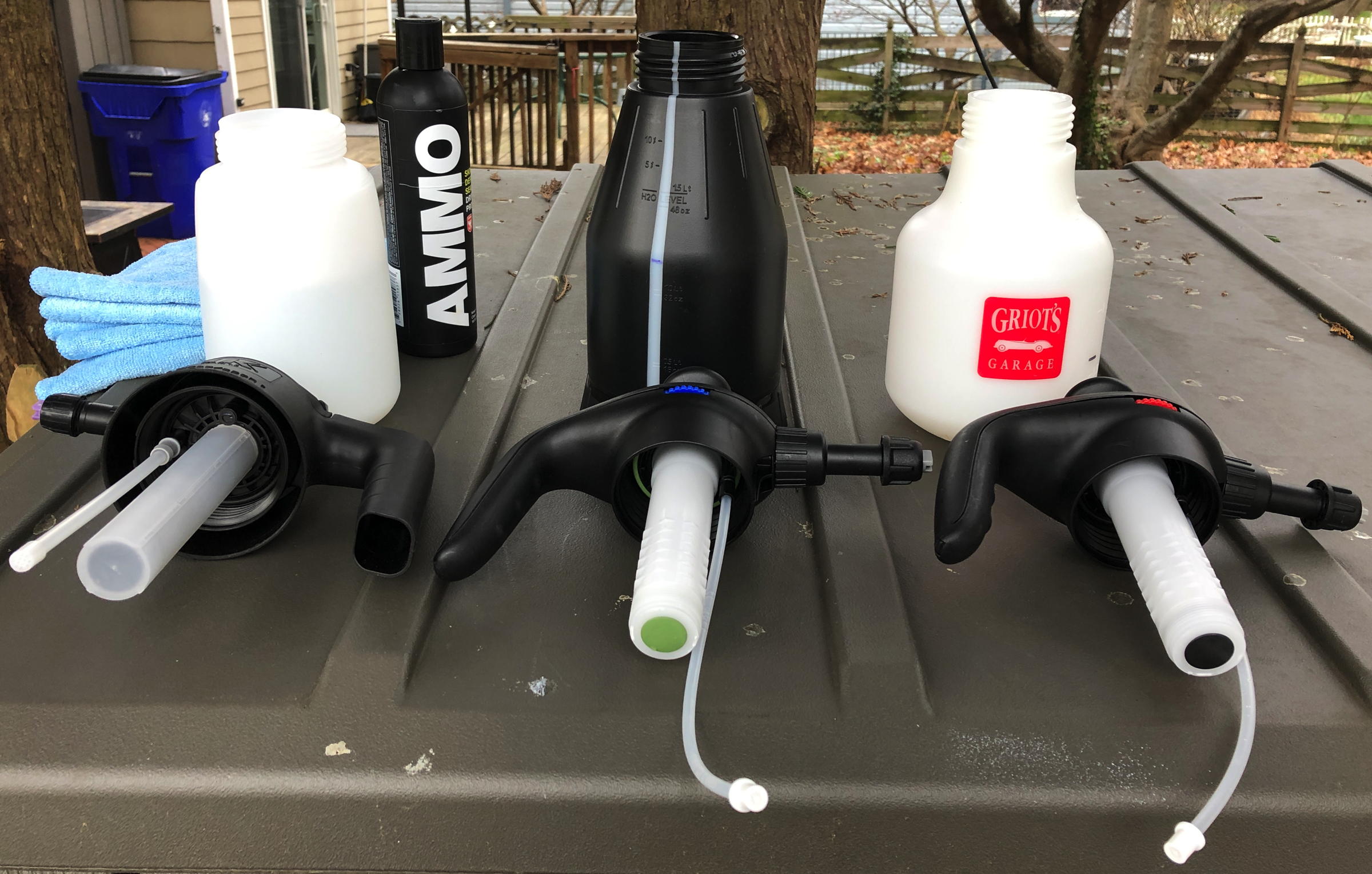 I used Ammo Frothe for the functional comparison, mixed 1:20 with water in all three sprayers.  Each sprayer was pumped to full pressure (hard to pump for Ammo and Griot’s; pressure relief opened for iK) and I made a single pass left-right on the same panel, wiping the Frothe clean with a microfiber towel between each application. 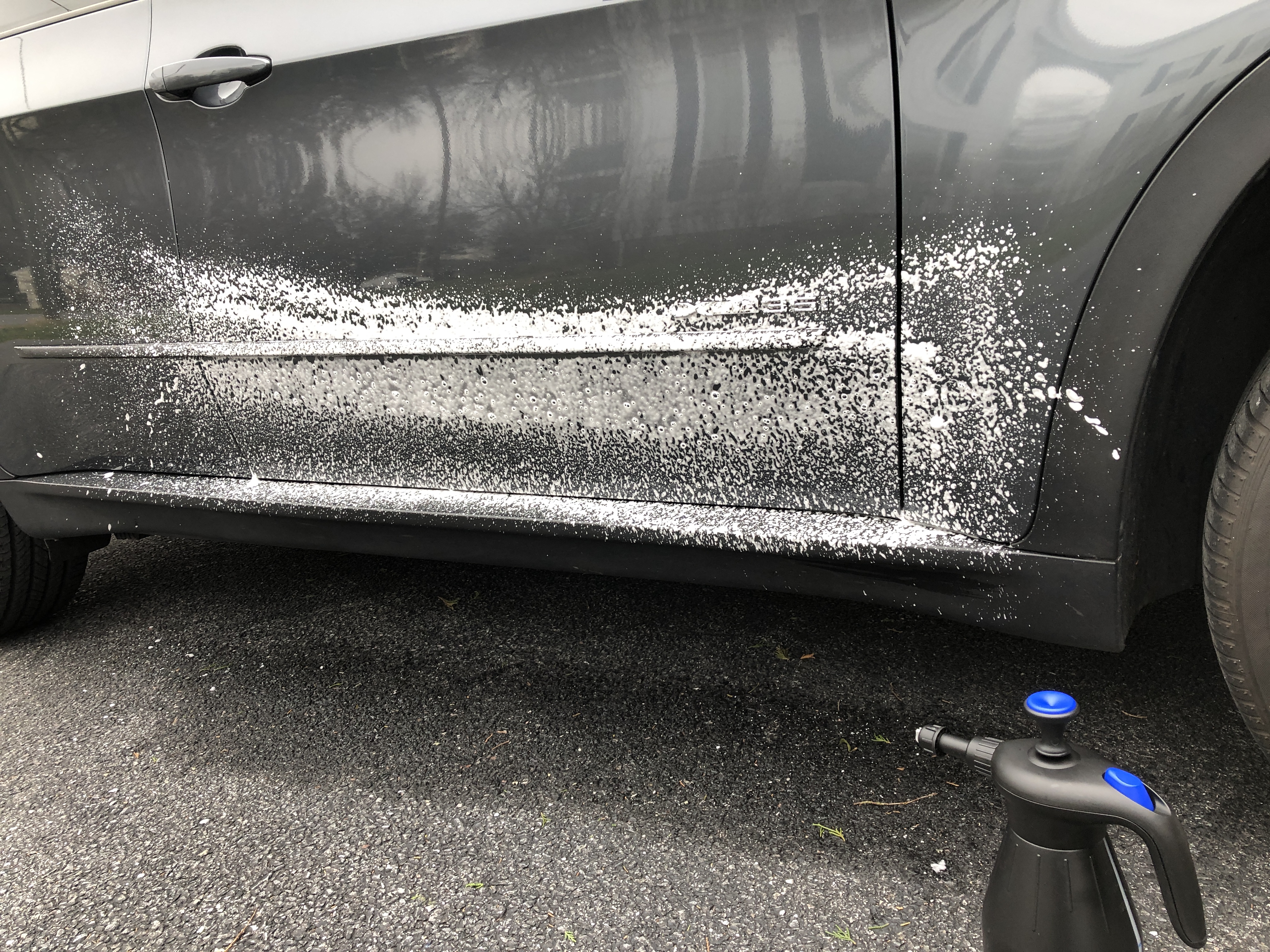 Ammo Aerator: The first thing you’ll notice is how well it’s made. It just feels substantial. It has a wide base so it won’t tip over. There’s an easy-to-read clear window down the side to you can tell how much liquid is inside. It was the easiest of the three to pump and seemed to take fewer pumps to get to full pressure. The trigger action is different from the other two: It doesn’t engage until the trigger is fully depressed which took a little while to get used to. It produces thick foam, but it was not as even as the iK sprayer. 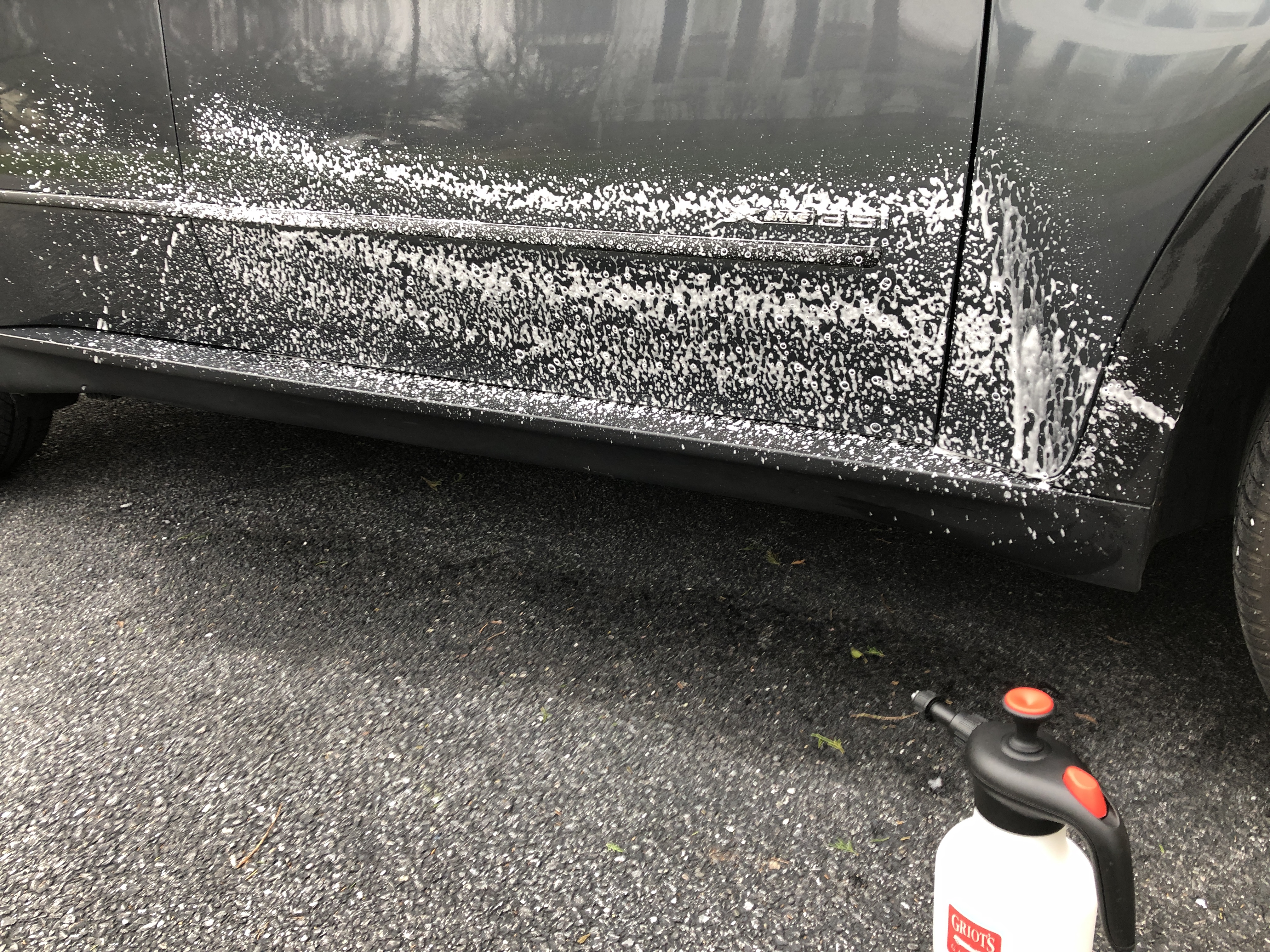 Griot’s Foamer: Despite the similarities of the components with the Ammo unit, it takes a significantly greater effort to pump it up to pressure. It also doesn’t stay pressurized as long, so you will be pumping more often. The trigger is smoother, so you feel like you have a little more control over the spray.  The foam was not as thick or as even as the other two. You would need to make twice as many passes with this sprayer to get the same coverage, at least with the Frothe product. 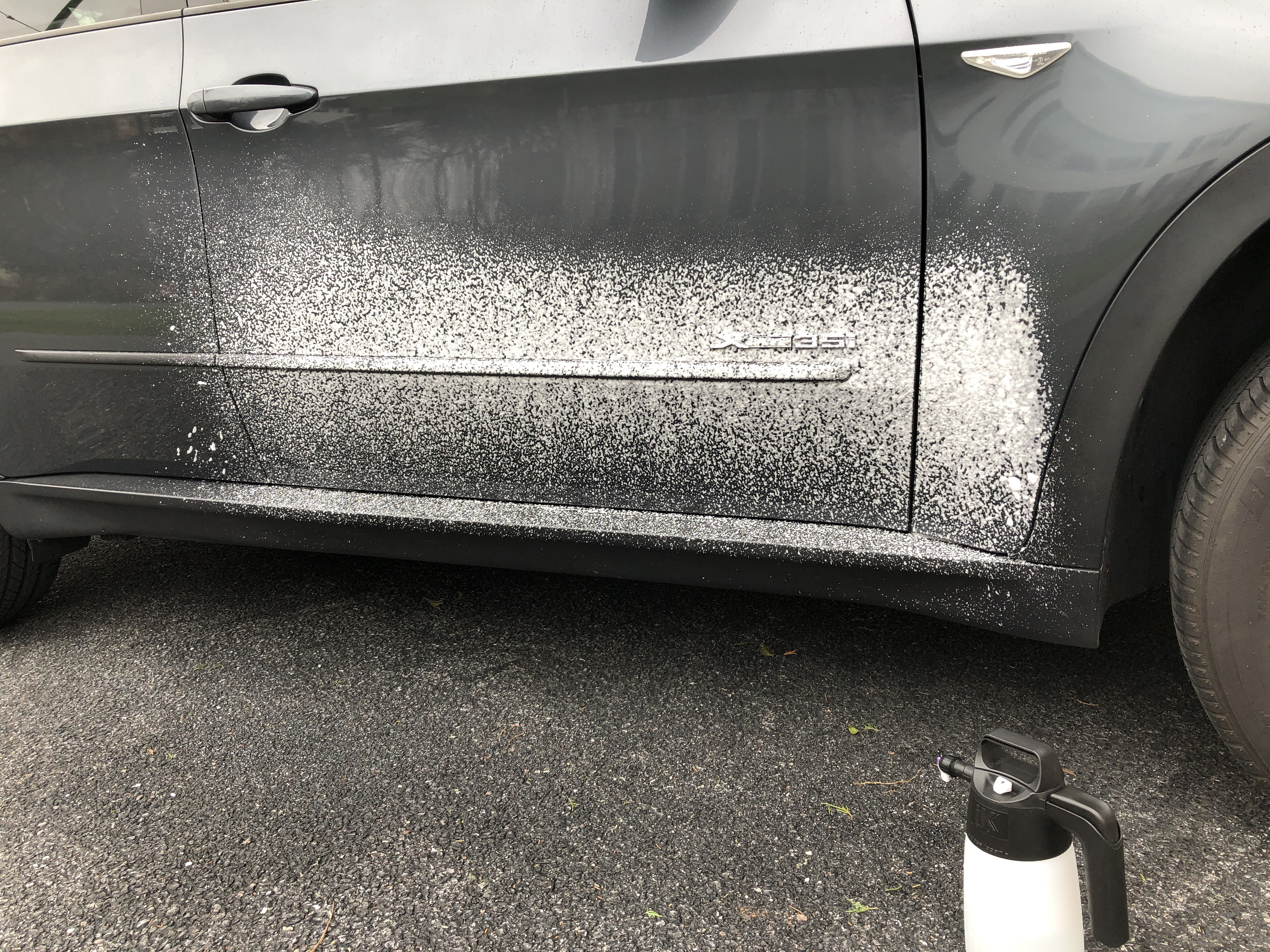 iK 1.5 Sprayer: This sprayer was our favorite of the three. It took about the same effort to pump to pressure as the Ammo sprayer, though with the smaller volume bottle, you may have to refill more often depending on the job. We liked the trigger action and the check-valve. It also has several adapters so you can dial-in the type of foam you desire — drier like shaving cream, or wet like a foam cannon. We found the green adapter worked best with Frothe and provided more even coverage than even the Ammo sprayer. It is the least expensive of the three but also has an extensive list of available spare parts. 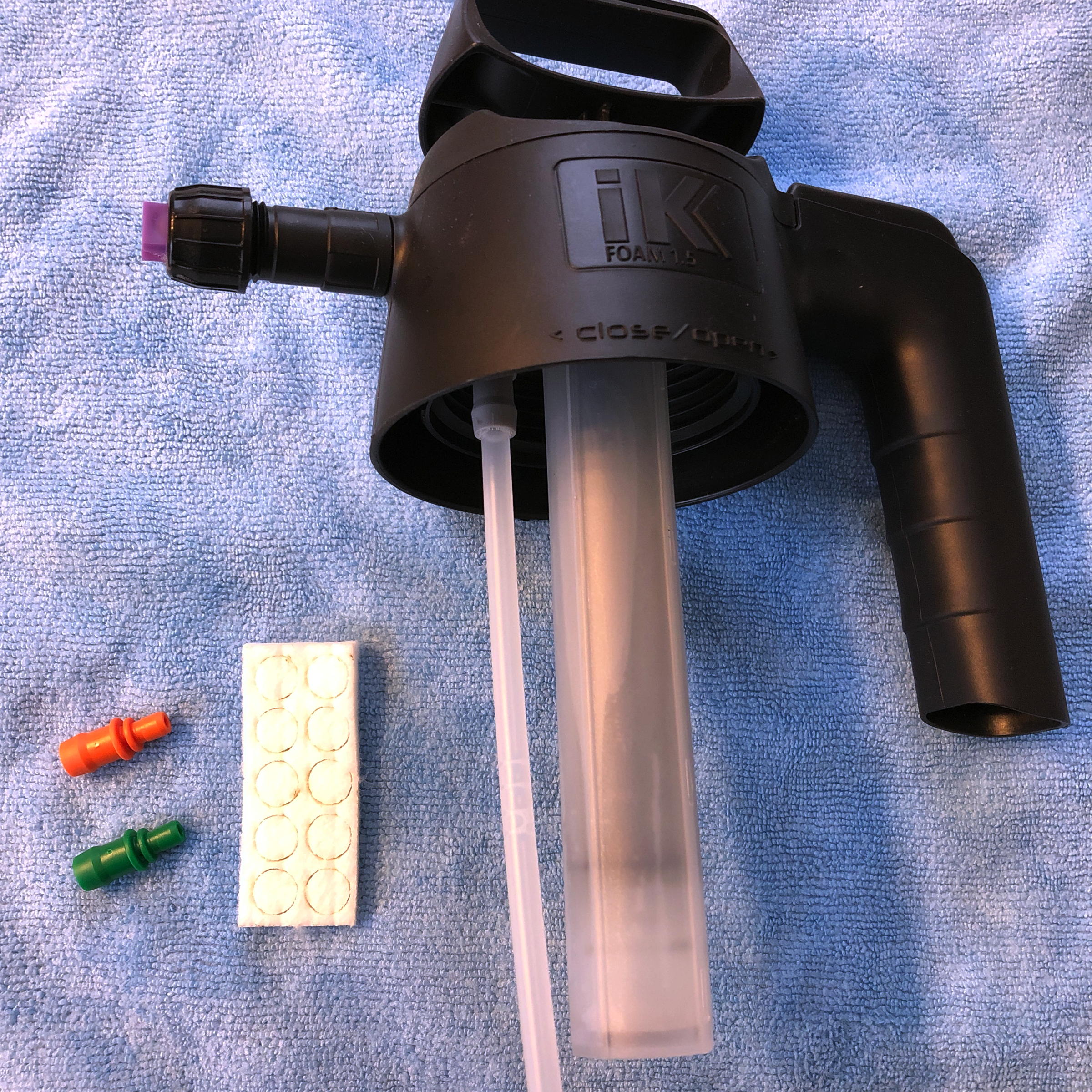 The iK sprayer has three key differentiators from the others:

So what’s the bottom line? All things being equal, our favorite is the iK Sprayer. It gets the job done with less work and is good value for money.  But you can’t really go wrong with any of them.  If you know you’ll be doing bigger jobs, then get the Ammo aerator. If you want a compromise between cost and volume, then get the Griot’s sprayer. 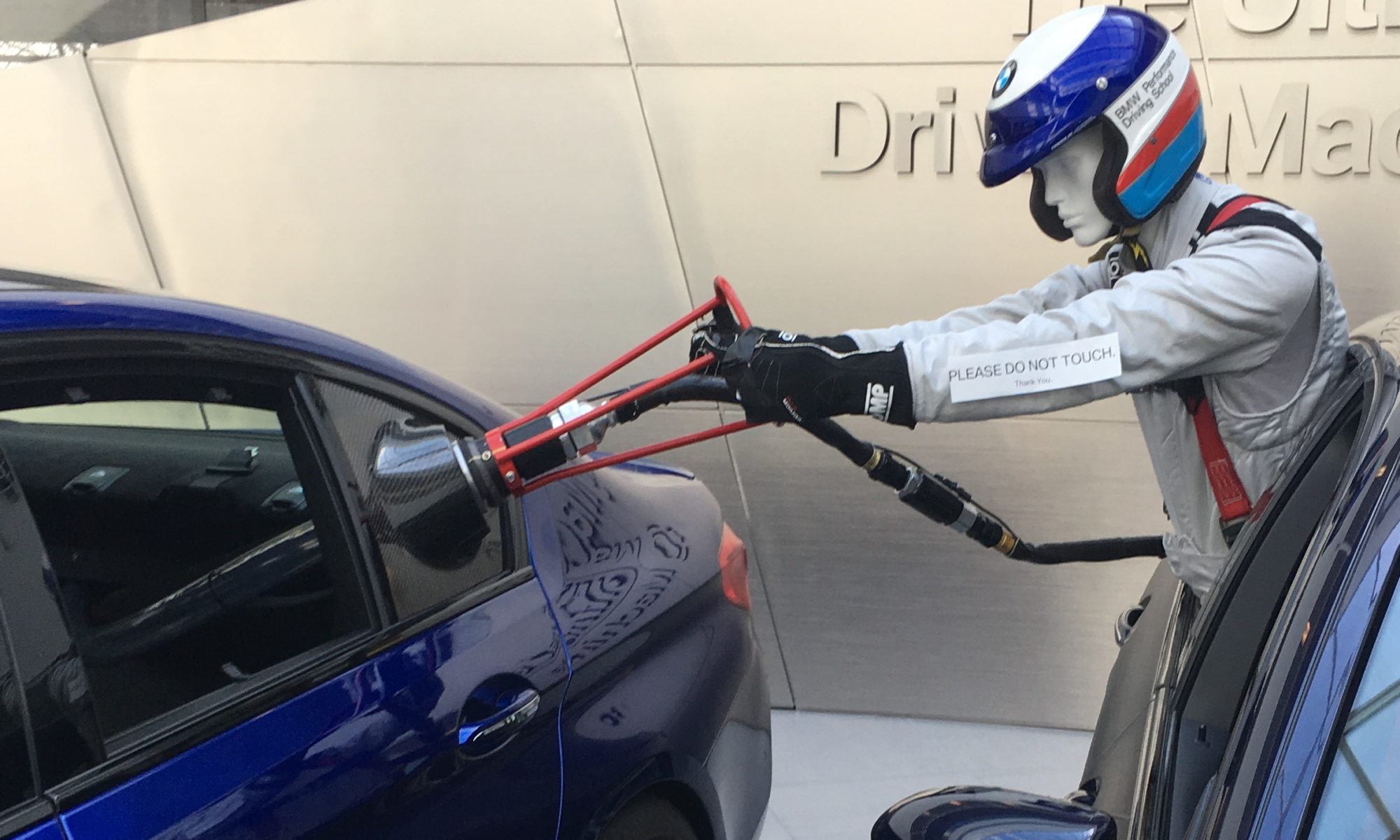 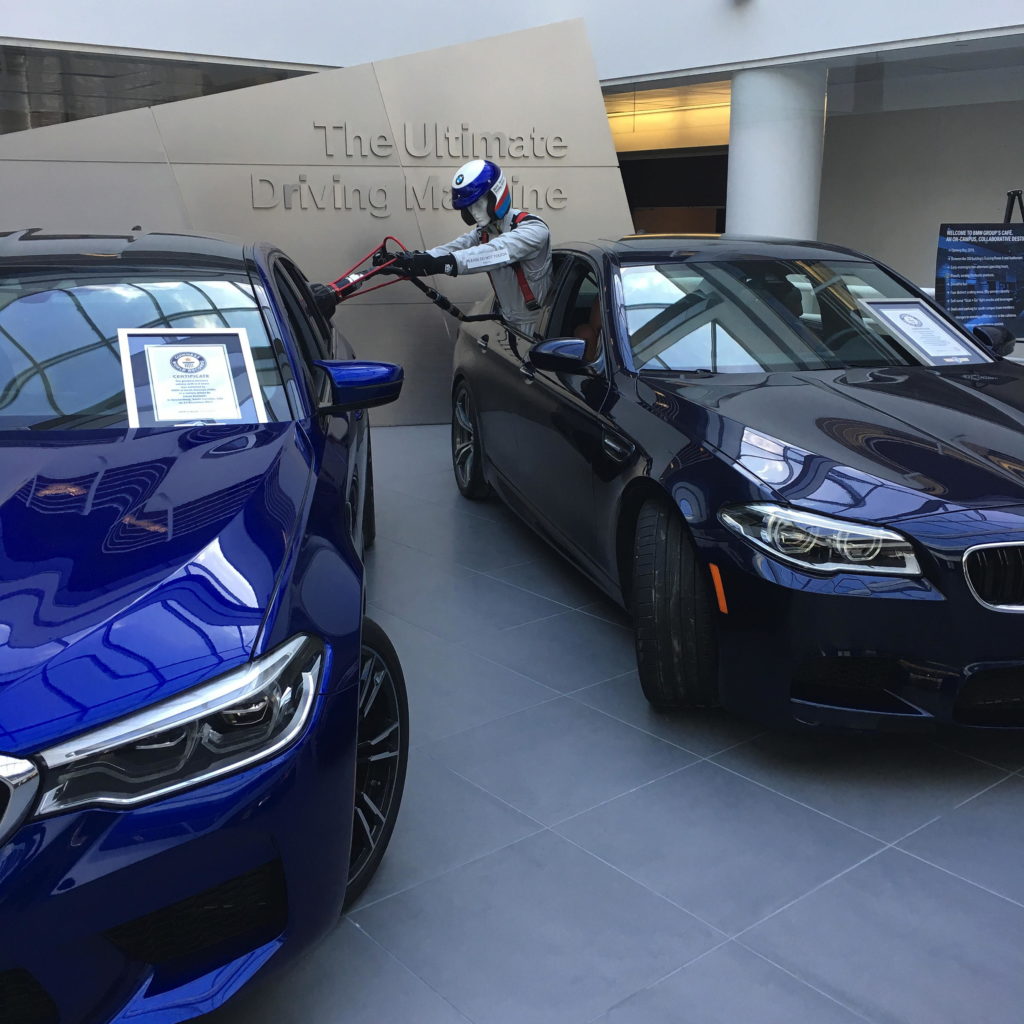 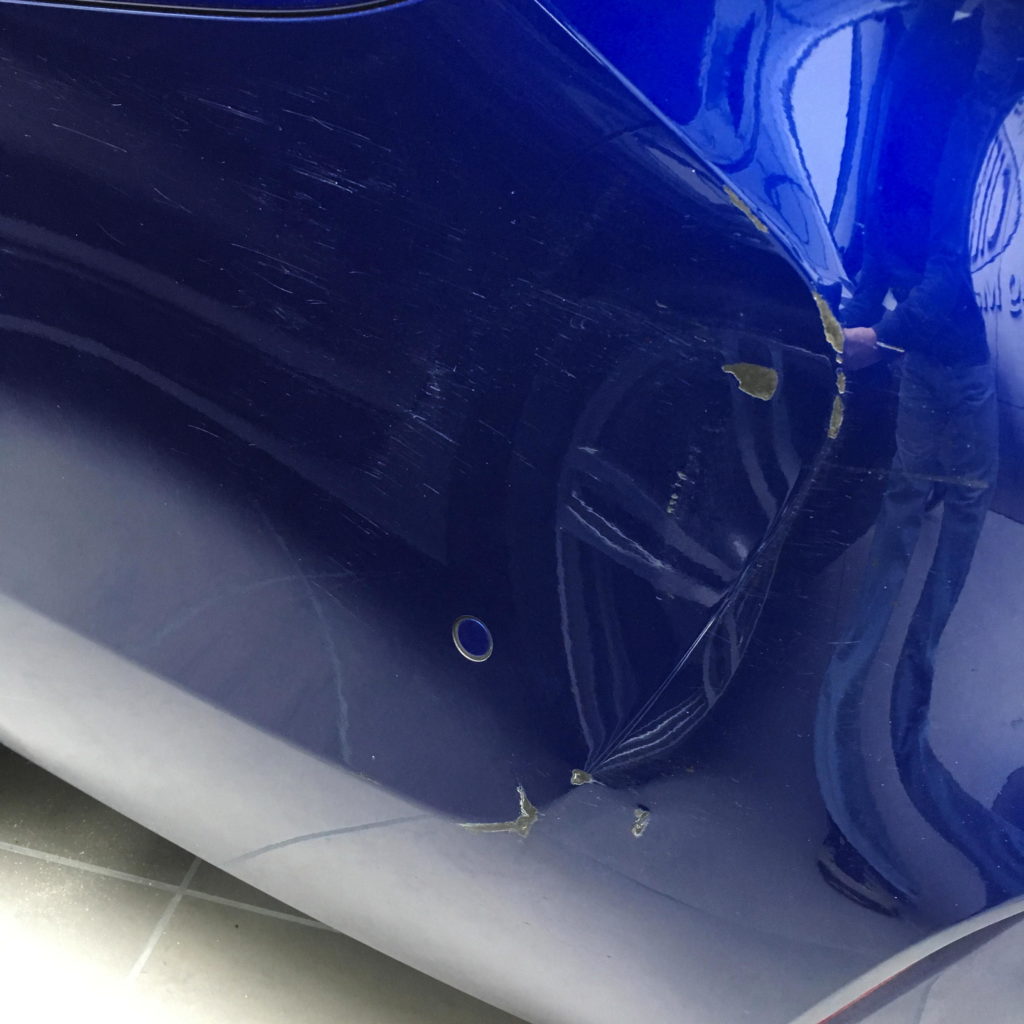 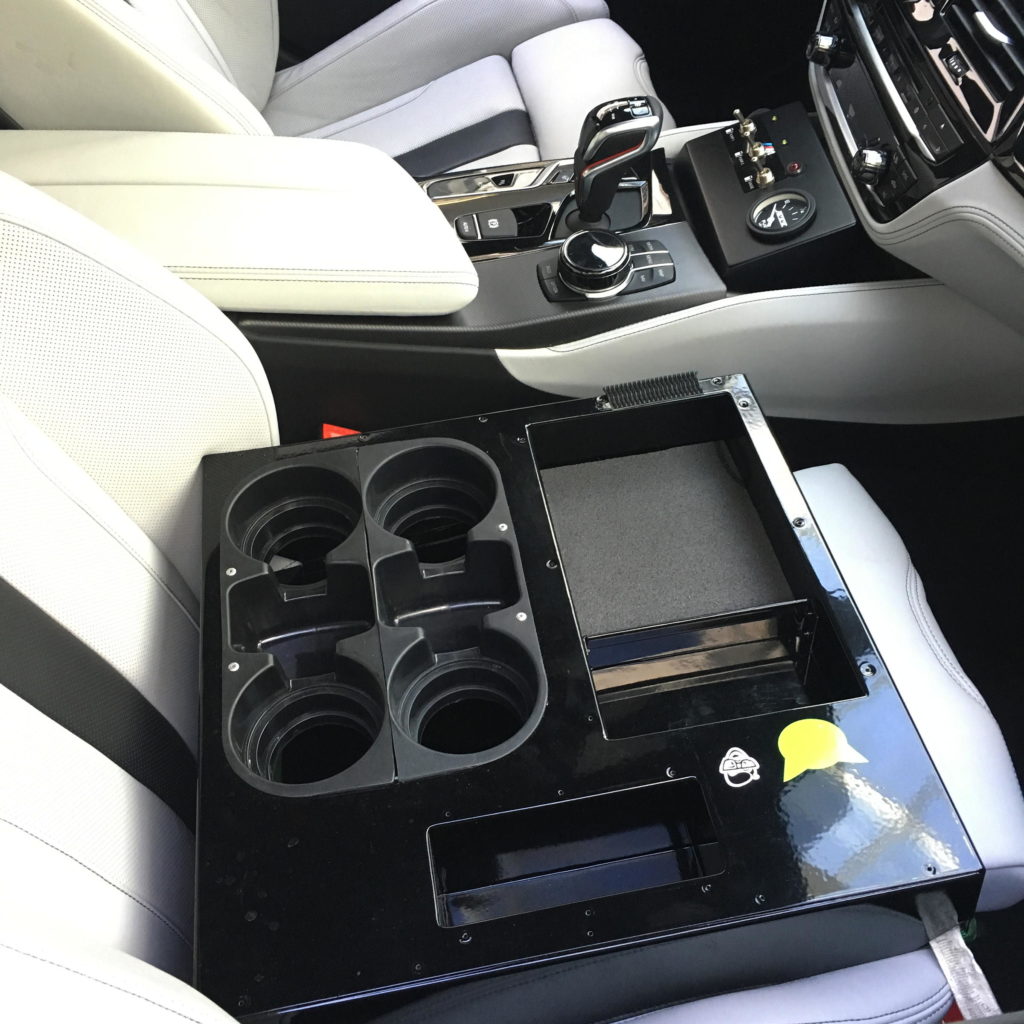 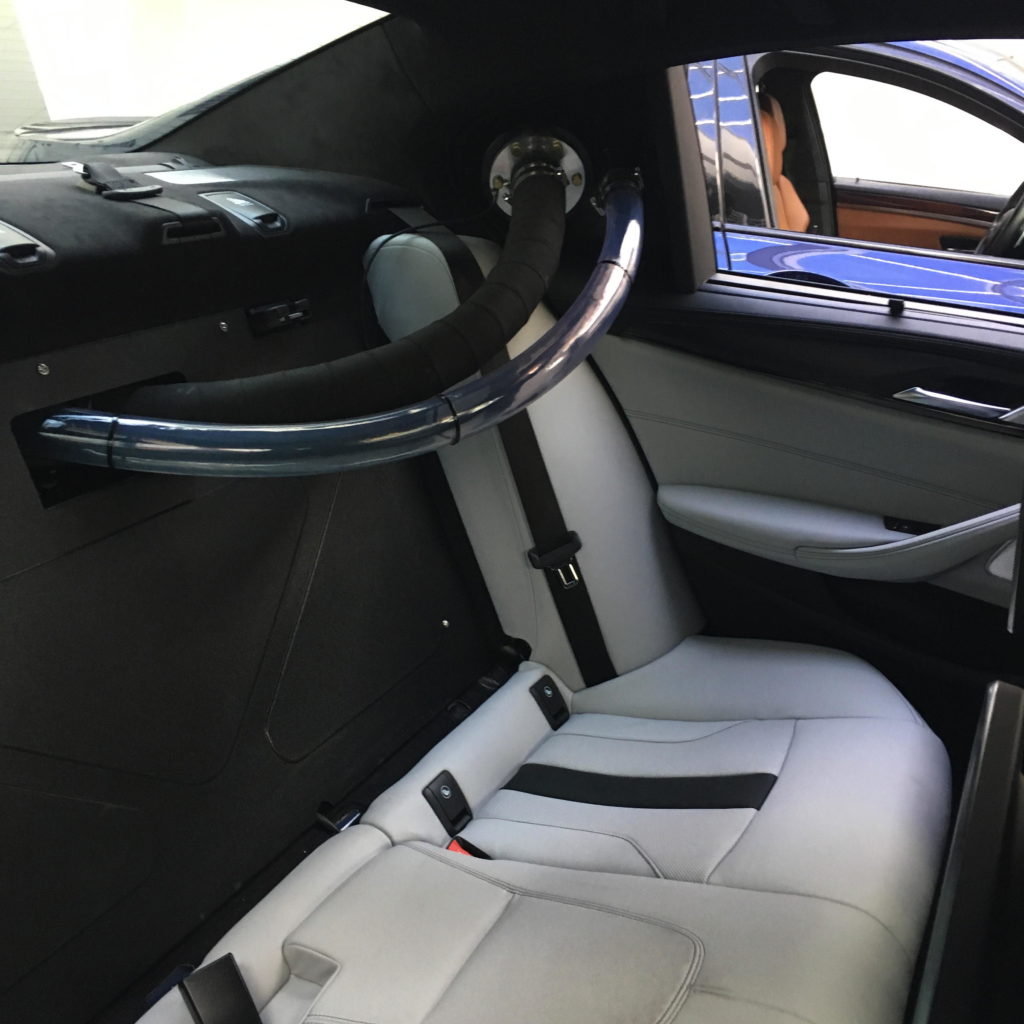 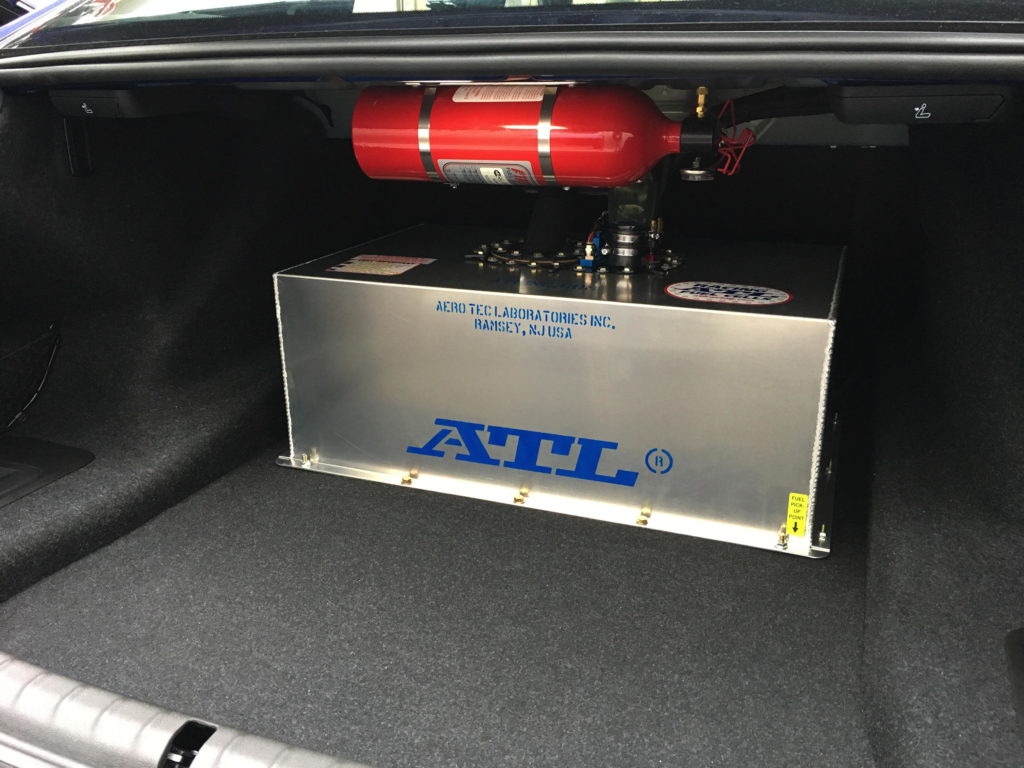