I always advise new students to not just throw money at their cars until they know how to drive it. The one exception being to address know weak points of the platform. With that in mind, I’m starting to prep my new M3. The E46 M3 stock front brakes aren’t up to extended track sessions out of the box. But they can be significantly upgraded without spending thousands of dollars on a big brake kit (though I’d be happy to sell you one.)

Here’s my take at building a bigger brake kit on a budget. This plan uses with the stock calipers, CSL caliper carriers (or a reasonable facsimile) and rotors. And the most important part, improved airflow and good pads. Brake pads of choice are PFC 08 compound.

These calipers were only a few years old, but given the condition of the dust boots and unknown condition of the seals, I decided to get remanufactured ones rather than rebuilding them. Once you return the cores, remanufactured OEM calipers are only about $70 a side. Given that the rebuild kit is about $30, it was certainly worth $40 to me to have someone else do the rebuilding and cleaning of the calipers.

OEM CSL Caliper Carriers are $265 a side, but you can get a pair of ECS CSL style carriers for under $200. You have a couple of choices for rotors. Many people choose the PFC Direct Drive rotors which are about $760 a pair. I decided for this initial set-up, I’d use OEM BMW Motorsport CSL Rotors which I got from FCP Euro for about $440 for the pair. Like everything else from FCP Euro, when they’re worn out, send them back for replacement. Just pay for shipping. Bonus. Brake lines were replaced with StopTech braided stainless steel.

To improve initial bite and pad wear, I use brass bushings from ECS Tuning in replace of the stock rubber ones. Those run about $100/pair for the front and $60/pair for the rear.

To paint or not to paint, that is the question? I’m of two minds when it comes to painting calipers. On the one hand, paint isn’t going to make you any faster. You could probably argue in fact it retains more heat. But on the other hand are aesthetics: cast iron calipers are going to rust. So why paint, besides aesthetics? Temperature sensitive ceramic paint can give you information about max temp sustained. I once had a Brembo brake engineer tell me that any time a stock caliper exceeds 550 degrees F, you need to rebuild the seals. So I use paint that discolors above 500 degrees and also use temperature strips on each caliper.

It is easier if you paint before you install, but it is possible to paint afterwards if you take your time. I like to paint what I can with the caliper installed, then remove it to paint the back and hard to reach areas.

Improved airflow took a bit more effort. I haven’t deleted the AC yet, so I got the HardMotorsports Clubsport kit which includes the ducts that replace the fog lights, hoses, and clamps.

Between the bumper cover and the ducts, I used wire fabric to make grills.

The 3-inch duct hose does restrict how far you can turn the wheel a bit. The kit ships with steering lock limiters to save your tires from rubbing the ducts.

Or just accept that you’re going to need new hose if you have to throw on some serious opposite lock. Since it turns out I can’t even back out of my driveway without contacting the hose, I decided to try a different solution. I ended up getting the hard Motorsports backing plates as well. Since you can’t get plates sized for the CSL rotors, we had to cut off the inner ring, but they still provide a good mounting point to feed air to the center of the rotor.

The final piece was the addition of the Hardmotorsports low profile brake ducts. I had to lose the Y duct to the air intake but I have another plan for that. I’m still working on the ideal location to mount them. Mount it too high and the hose hits the inside of the rim. Mount it too low and it rubs on the sway bar. I think I’ll still hit it at full steering lock, but the metal face should hold up to some abuse. At least now I can back out of my driveway without hitting it which is progress. I generally can only go to the track between March and October around here so I’ll probably just remove the hoses in the off season. 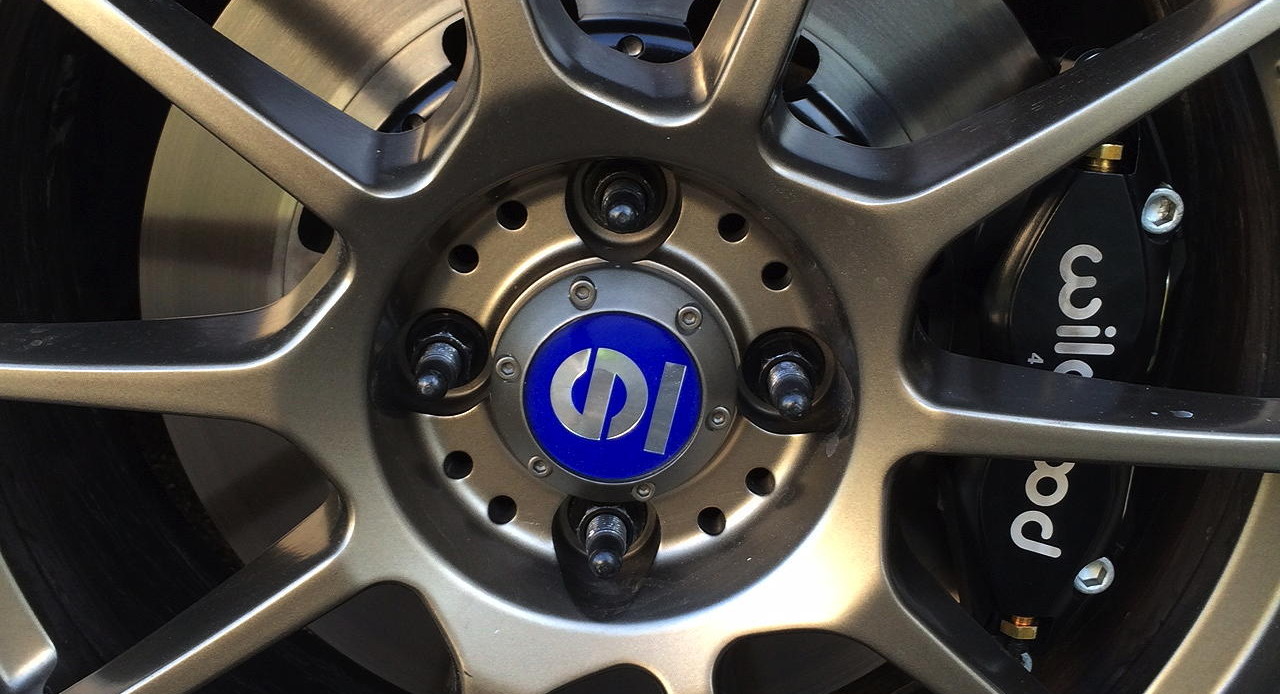 Last winter at the SCCA Motorsports Expo in Charlotte, I was speaking with a Wilwood brake engineer about my struggle managing temperature gain with MINI Gen 1 JCW brakes.  I told him I use the car mostly for track instruction and the instructor runs are generally 25-30 minutes in duration, though some weekends I might get 40-50 minute runs on Fridays. I have some brake ducting to the wheel well and fairly open 10 spoke 17 inch rims.  He had a couple of interesting recommendations including the use of the radial mounted 4 piston caliper and standard (not drilled/slotted) 12.19 inch rotor.  This setup for MINI, with the Caliper in Black, brake lines, and up-rated BP-20 pads runs about $1,000. 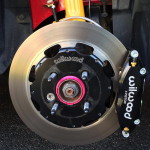 Installation was very straight-forward following the instructions included with the kit.  You do have to experiment with the included shims to get the right spacing, but that was not too complicated.  My car required four shims to get the caliper centered on the disc and one shim to get the pad to the outside edge of the disc without binding. The only real challenges were in removing the old dust shields (which are not reused) and getting the flexline to fit. The flexline passes through a bracket on the chassis and is held in place with clips.  I had to open the hole in the bracket just a bit to get it to fit, but a couple of hits with the Dremel took care of it. (See, yet another project requiring the use of the Dremel.)

I’m using the BP-20 compound pad which is supposed to be excellent for track-oriented street cars.  I’m heading to Summit Point on Friday and will see how it performs.