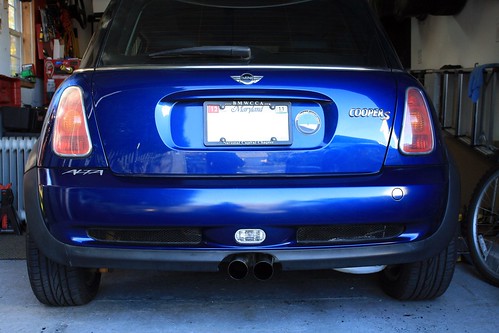 After crossing the 135,000 miles mark at the track last month, I noticed it might be time to catch up on a few maintenance items. First up is a new exhaust. My previous exhaust was an Alta Sportone that I installed in September 2006, which was about 75,000 miles ago. The Alta exhaust is a work of art; has nice tone; and is very easy to install. I had an early version and had to do some fiddling to get it to line up correctly, but it was mostly worry free. I did have to replace the resonator a couple of years ago and the replacement proved to be just too loud. No one wanted to ride with me after that. I’ve been thinking of getting a replacement for a while, but the drone finally got to me so I went shopping for a new one last summer.

The MINI exhaust system is pretty simple, at least the after-market versions. You need about 12 feet of piping, a resonator, a muffler, and some decent tips. How expensive can that be? Well it turns out that the Alta at $600 is generally $200 less than most on the market. I liked the Alta, but didn’t want to spend that much, so enter Ireland Engineering.

Ireland Engineering offers a MINI exhaust with a similar design and specifications for $360. To me, that seems more reasonable. I ordered one from the website at the end of September and it arrived at the end of October. I put it on this past weekend.

My first impression was that it appeared to be of a higher quality stainless steel and of higher quality workmanship than what I was expecting. I noticed that it did not come with an exhaust gasket. I also noticed that the tips were a bit utilitarian.

It was only after I started to put it together that I realized what you get for your extra $260 when you buy the Alta. I managed to scrounge an exhaust gasket from elsewhere in the GeorgeCo Garagemahal. The bolts that shipped with the exhaust were too short (trip #1 to the parts store.) The clamp that secures the tips to the muffler was too small (trip #2 to the parts store). The center section after the resonator hangs on two rubber hangars supported by a brace. For some reason the IE exhaust has a U shaped support with wings instead of a T shaped support on the Alta. The result is that the wings are too short. I solved that by modifying the brace so the hangars were closer together. The next problem is that the U support rubs on the brace. Solution: cutoff wheel (trip #3 to the parts store.) With the U now a T and the hangars closer, the center section doesn’t rub, but is held in place by the hangars. Time to work on the tips.

There are a couple of problems with the tip design. The first is that the flange on the muffler is actually at an angle toward the front of the car rather than perpendicular to the muffler. That would be OK if the tips were built to compensate, but as is, they are actually at less than a right angle, which makes the alignment even worse. Even when fully seated, they are still too far to the Driver’s side in the gap. Solution: cutoff wheel again. (My new best friend.) I took about 10mm off of the end of the pipe going into the muffler flange, cut at a slight angle to bring the tips further to the rear of the car. The result is that the come out more or less in the center of the opening, but the still don’t come out straight. 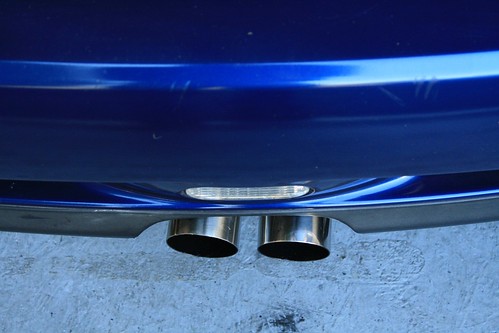 They won’t ever look perfect because they aren’t parallel to each other. The outlet on the right is vestigial. It does open back into the pipe, but most of the exhaust gasses pass through the other tip since that’s the path of least resistance. Since the other tip is going to blacken over time, I painted both black with high temperature spray paint so it won’t look like I’m winking at the car behind. 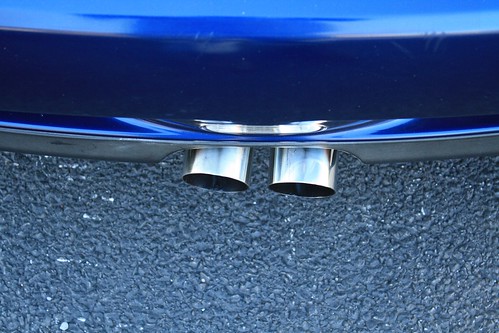 The other interesting characteristic of this exhaust is that it grows when warm. The second image above shows the tips sticking out about 10mm more after the car warmed up. That’s not really a problem, but that also means that the muffler moves about the same distance when warm. That puts it against the black plastic of the bumper trim. Solution: (wait for it…) Cutoff wheel. Trim the plastic back to get a sufficient gap.

So what’s the bottom line? The tone is much improved. It’s not as quiet as stock, but doesn’t drone like the Alta did with the worn-out resonator. The butt dyno says the engine feels like it’s revving more freely, but that may just be because my ears don’t hurt so I can hear other things going. It costs much less than the Alta, even when you factor in my trips to the store for parts and tools. It took less than an hour to install, but the better part of two days to fix and adjust. That’s got to be worth something. I still have some more parts coming. I ordered a better fitting clamp for the muffler because I can see some exhaust leakage around the over-stretched clamp I used. I also ordered some chrome tips. They may allow me to better align the tips so they will at least look like they’re pointing in the same direction. If nothing else, they may offer some shin protection over the sharp edges of the stainless steel tips now in use.

Am I satisfied with what I got for my money? Yes. Would I recommend it to a friend? No. Buy the Alta if you have the extra cash. 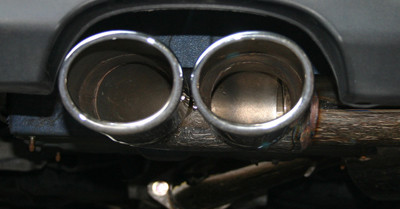 This past long weekend I picked up a new Alta Performance Exhaust. The cat-back exhaust is a relatively simple DIY project if you don’t mind getting under the car. If you have a lift or a pit, I’d say it could easily be done in a couple of hours.

The exhaust ships in two boxes. The larger square box has the rear exhaust section and a longer box with the mid-pipe and first muffler. It might fit in your MINI with seats folded, but I took the Volvo to get it. The first thing you’ll notice about it is that it’s beautiful. Not something you usually associate with mufflers and exhaust systems, especially if you take a look at the one that just came off the car. The stock Cooper S exhaust is actually one very long pipe with a resonator on one side and a muffler on the other in a single path. Although it flows fairly well, its heavy and not particularly sporty. 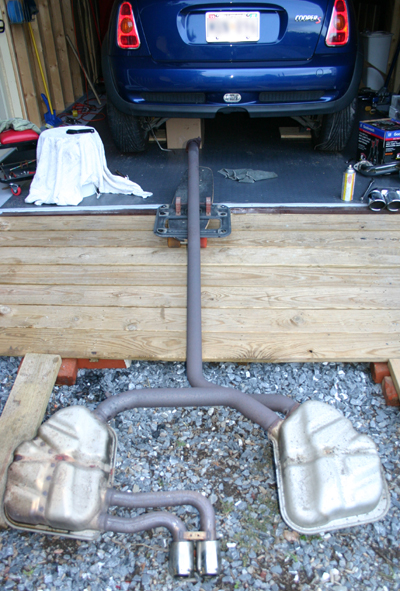 It wasn’t until I got the old exhaust off of the car that I realized that the coke-can tips were hiding some rather small pipes. The stock exhaust also goes from small to larger sized pipes a couple of times in it’s rather long length which I’m sure can’t be good for exhaust flow. Without the brackets which I hopelessly mangled during the removal, it has a weight of 46 lbs, with the majority of the weight at the rear. The new system had two parts each weighing 16 lbs. That’s a loss of 14 lbs. plus a shift forward in the center of mass of the car. Plus it looks really cool. That’s got to be good for 5 VHP (visual horse-power).

Instructions came in the box and you can download them from the Alta website. You can also find several good guides online if you search in the usual places. Here are a couple of tips I didn’t find listed in any of the instructions I found: 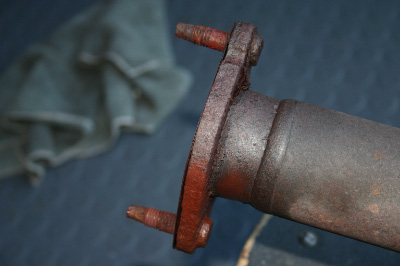 Impressions: It is louder than stock, but doesn’t drone or sound like a certain unnamed cars. I had to bend some of the heat insulation away to avoid rattles at certain RPMs and the battery tray skid shield won’t fit back on without lots of modification. The car seems to rev even more freely and has a very pleasant burble upon deceleration. I’m very pleased with the outcome and look forward to seeing (and hearing) how it does on the track.