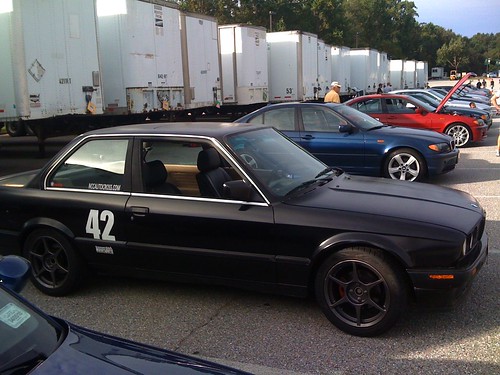 Chapterfest marked the end of the Summer for the GeorgeCo BMW Powered by Beano. The annual event sponsored by the National Capital Chapter of the BMW Car Club of America brings together the diverse sub-groups of 6,000+ member chapter into one event. It features a swapmeet, shine & show, good food, and of course autocross. 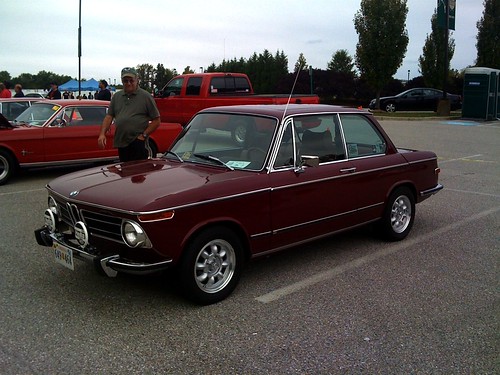 There were some beautiful old cars in the show as well as quite a bit of questionable carbon fiber bits on newer cars. And this: 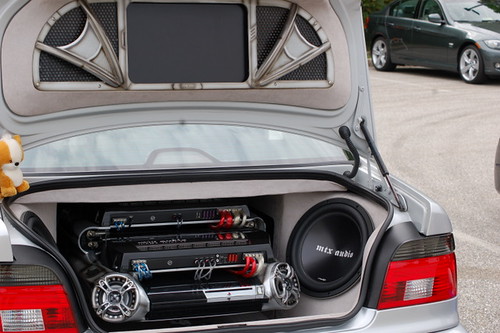 Not exactly my thing, but to each his own I suppose. I think that audio system costs more than my car. And it probably has more power too… There were some interesting non-BMWs too. I always like to find dubious aero bits:

No video from the autocross. Another autocross season down, another dead video camera I’m afraid. I’m going to have to invest in a solid-state recorder of some sort. The course was more challenging than it appeared during the course walk. The course designers decided to use the lower lot at Baysox Stadium this time. To get there and back, the course has to pass through a couple of islands in the parking lot. That risk means designing very slow sections before the entry to the pass through. This caught out a lot of people, but since going fast by going slow is what the GeorgeCo BMW Powered by Beano does best, it was no problem for us. Rain spoiled the times for the fourth heat runners, but running in the second heat, we managed to take first in class, solidifying our position going into the season finale next month.

Sunday brought the sixth championship event for the Washington DC Region of the SCCA at FEDEX Field. In this series, we’re running the GeorgeCo Gas-X MINI in the Street Mod class.

The only car on street tires as well as the only true daily-driver in the mod-till-you-drop Street Mod Class, the GeorgeCo Gas-X MINI has a significant disadvantage to the stripped-out, higher horse power cars in the class running on competition tires. That is, until it rains. We almost achieved greatness yesterday. Almost. It rained heavily during the fifth heat. At the start of the sixth and final heat, the course was very damp and slick. At the start of the second of four runs, the GeorgeCo Gas-X MINI was in the lead. Unfortunately, the sun was still shining and the course was drying and we saw our advantage slip away. Nonetheless, the car ran well and the course was challenging. Perhaps just as interesting were some of the other cars that were at the event.