Driving on the track in the extreme cold, I noticed how the supercharger really responded to the cold. I did some research and found that the stock intercooler and diverter has a thermal efficiency (TE) of only about 65%. Before paying a lot of money for more surface area, why not try to improve TE?

There are a number of design compromises that affect TE. First is the location of the intercooler on top of the engine, left of the centerline of the car. You pick up ambient heat from the lump itself and the flow through the intercooler is compromised by forcing the air to make a 90 degree turn from the mail-slot in the hood. 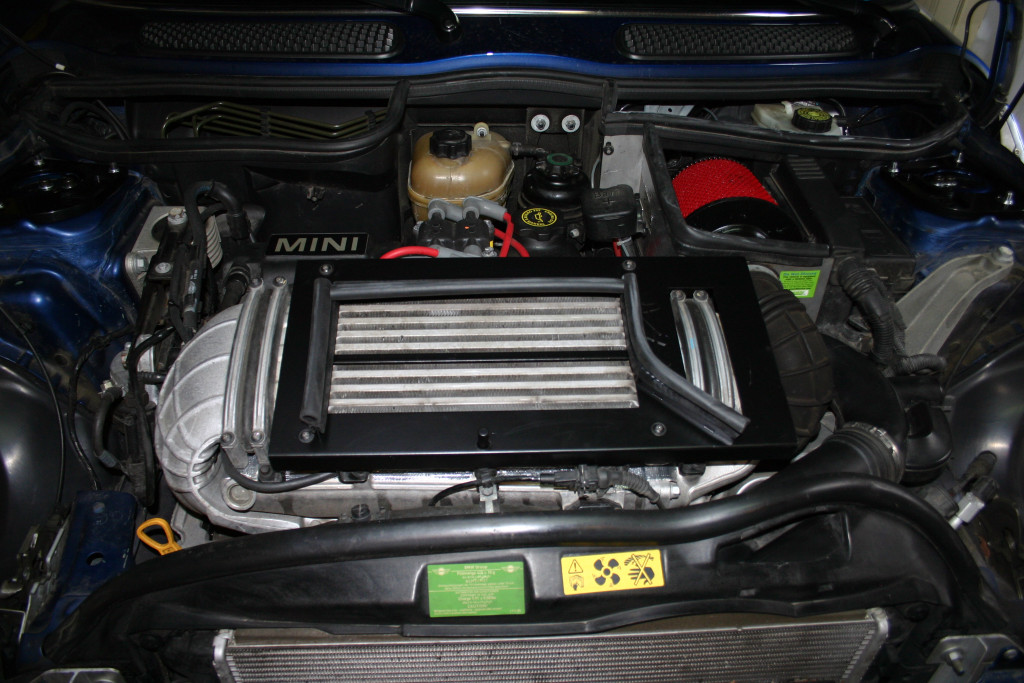 To solve the heat gain, I’ve placed some heat shielding on the intake manifold, and along the interior surfaces and edges of the intercooler. My semi-scientific tests found about a 20 degree reduction in surface temperatures between the insulated and uninsulated parts. The next step was to replace the stock air diverter with the Alta Diverter. The Alta diverter seals better to the hood and channels the air from the right side more efficiently than the stock set-up. I removed the stock heat shield and used some thermo tech which increased the volume of space between the intercooler and hood, but still sealed well with the Diverter

I always new the MINI intercooler wasn’t in the center of the car, but it wasn’t until I made this composite image that I knew how far off-set it really is. 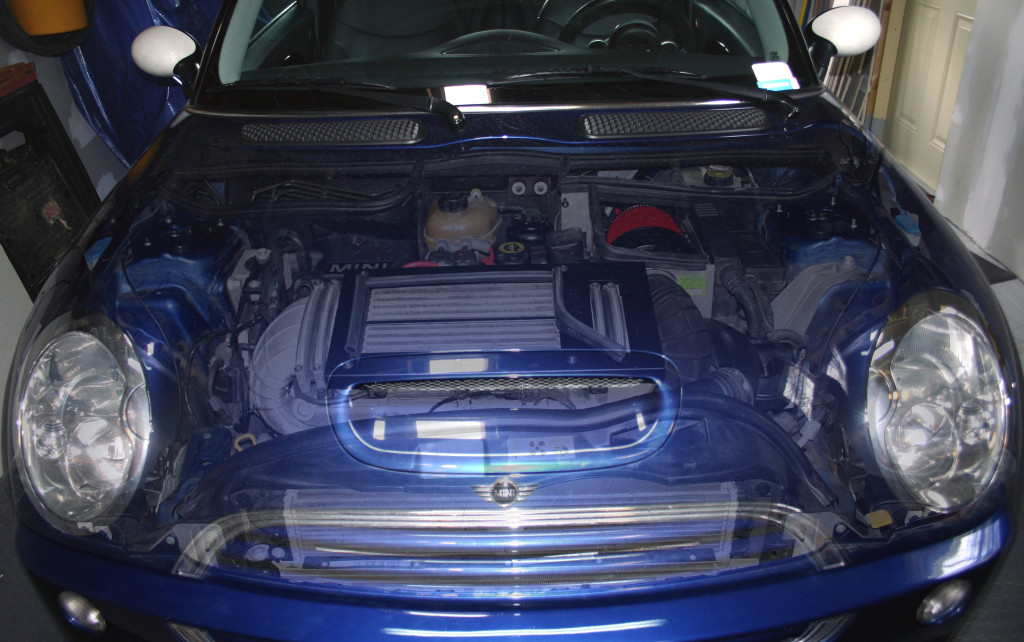 In this side view, you can see how far forward the diverter actually sits on the engine. You can also see how high the air filter sits. I’m also getting a good seal from the CAI box against the hood. I added some insulation to the outside of the CAI box as well. As measured inside the box when the engine was up to temperature, the side that was insulated was significantly cooler than the front that wasn’t insulated where the difference was about 50 degrees (so I added some heat shielding there as well). 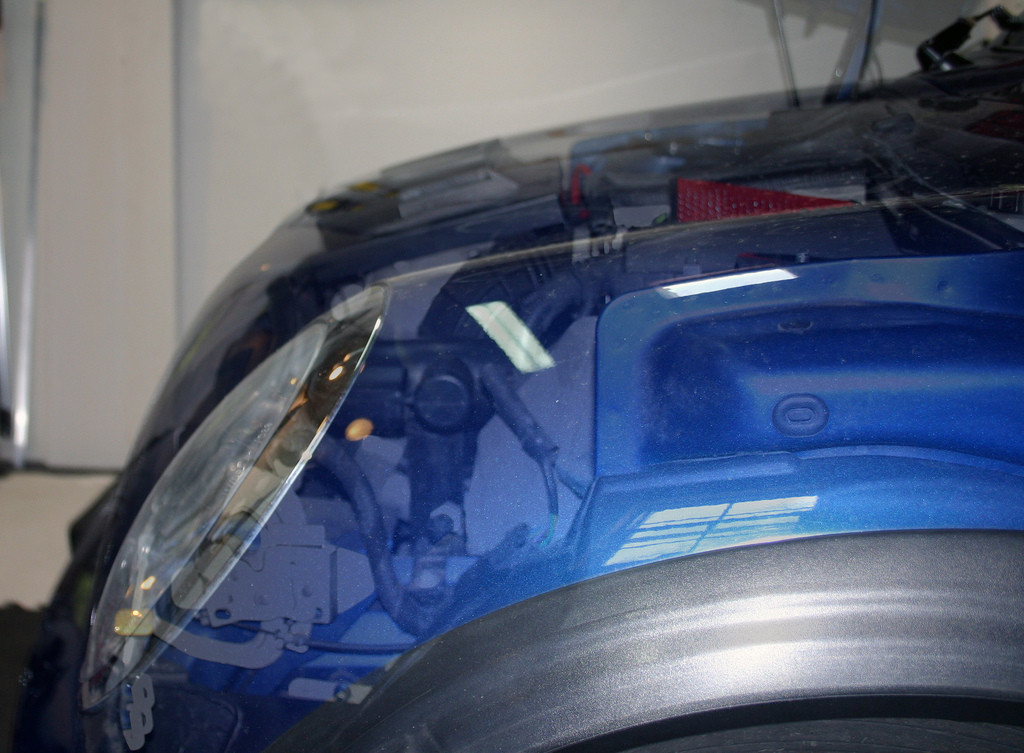